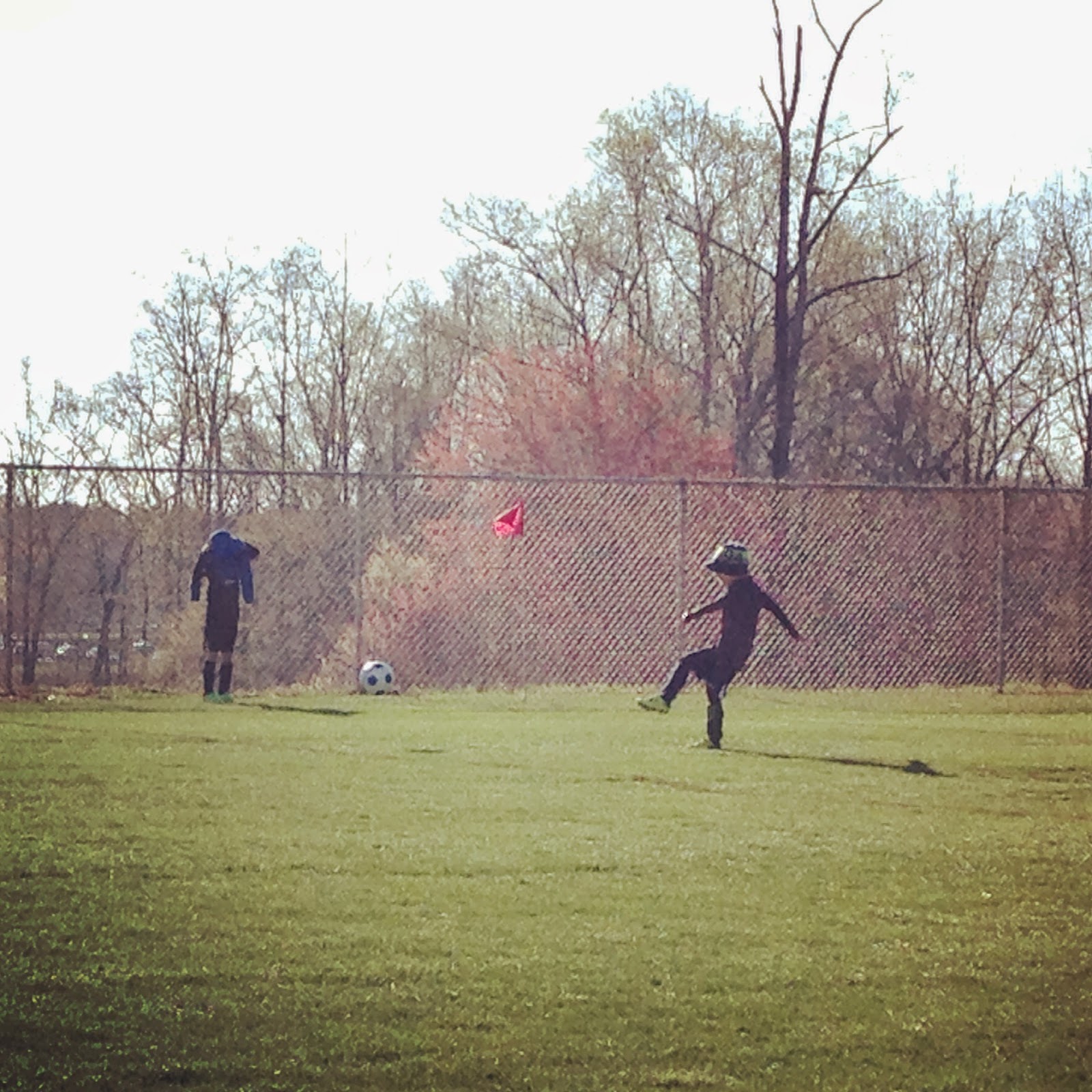 Oh me, oh my.  It was a wild day of soccer.  Hayden scored 3 goals and played awesome, but they played the hardest team they have played this season.  It was great to see them play a really hard team, because they worked harder and fought to try to come back. 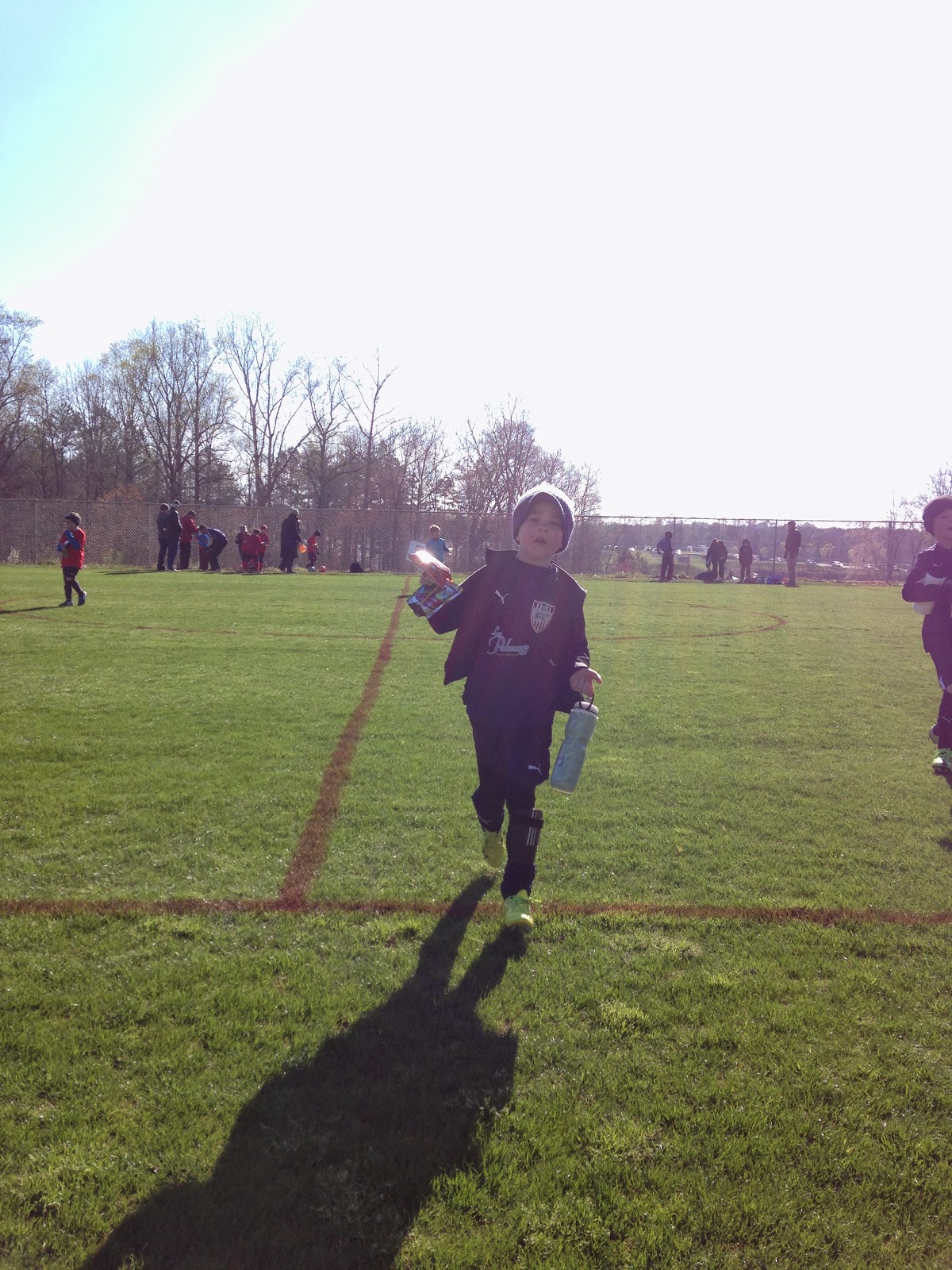 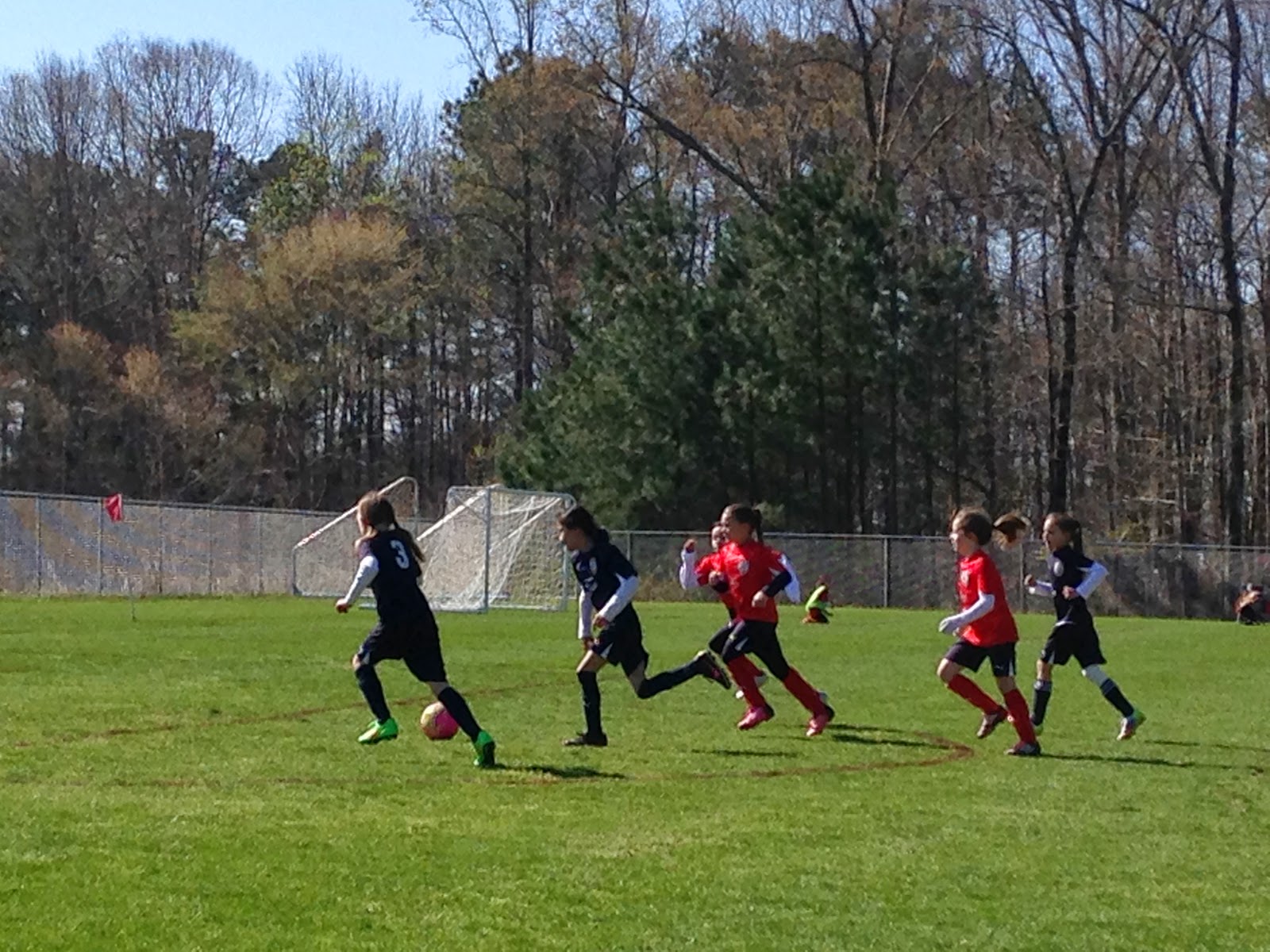 Layla is on the right in this picture with her pony tail flying!  She played her heart out also, but their team lost as well.  They also played a really talented team. 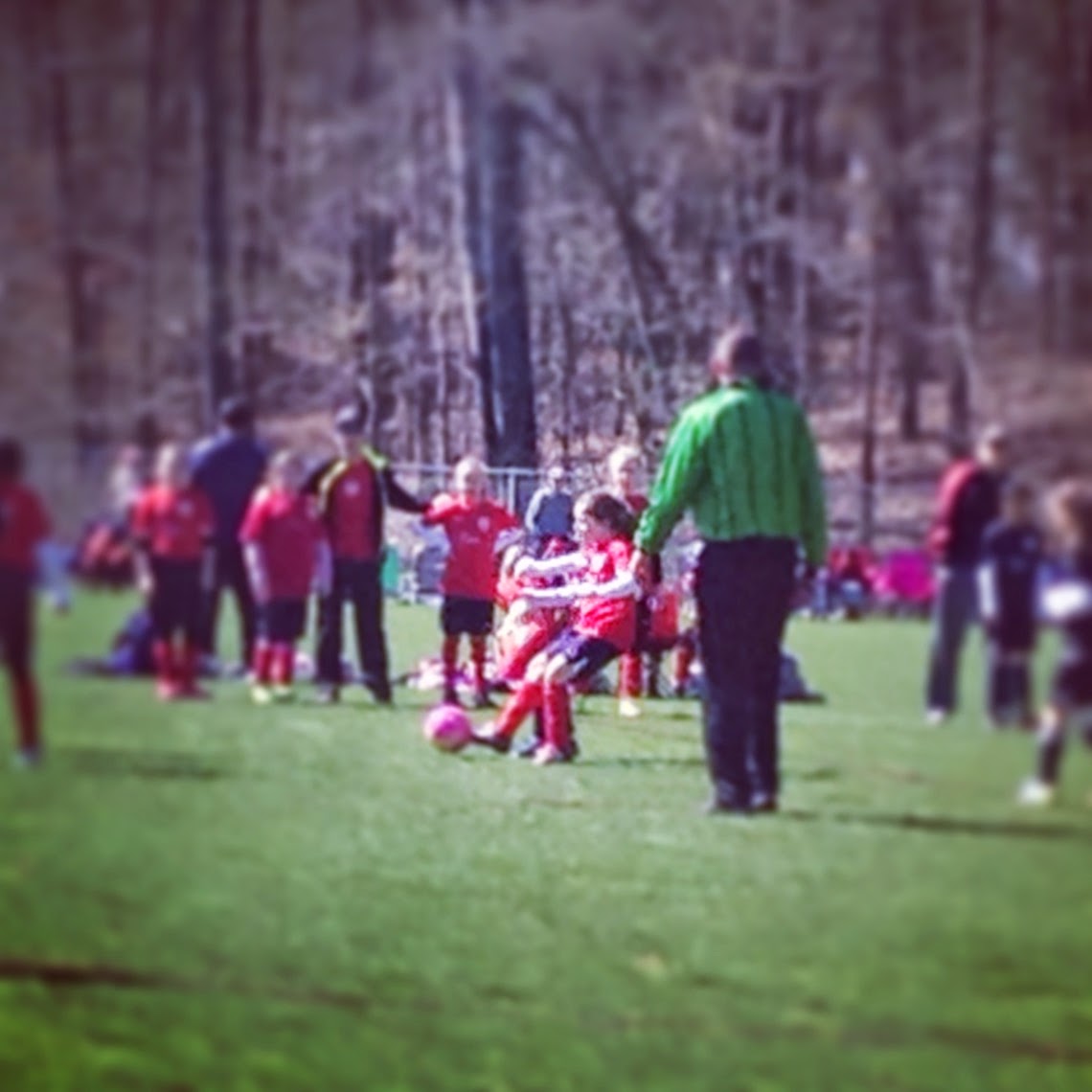 Layla played defense almost the entire game.  She played so hard and kept that ball away from a really tall and really good offensive player on the other team.  It was a fun and exciting day of soccer!

Labels: outside, proud of my kids, soccer, weekend