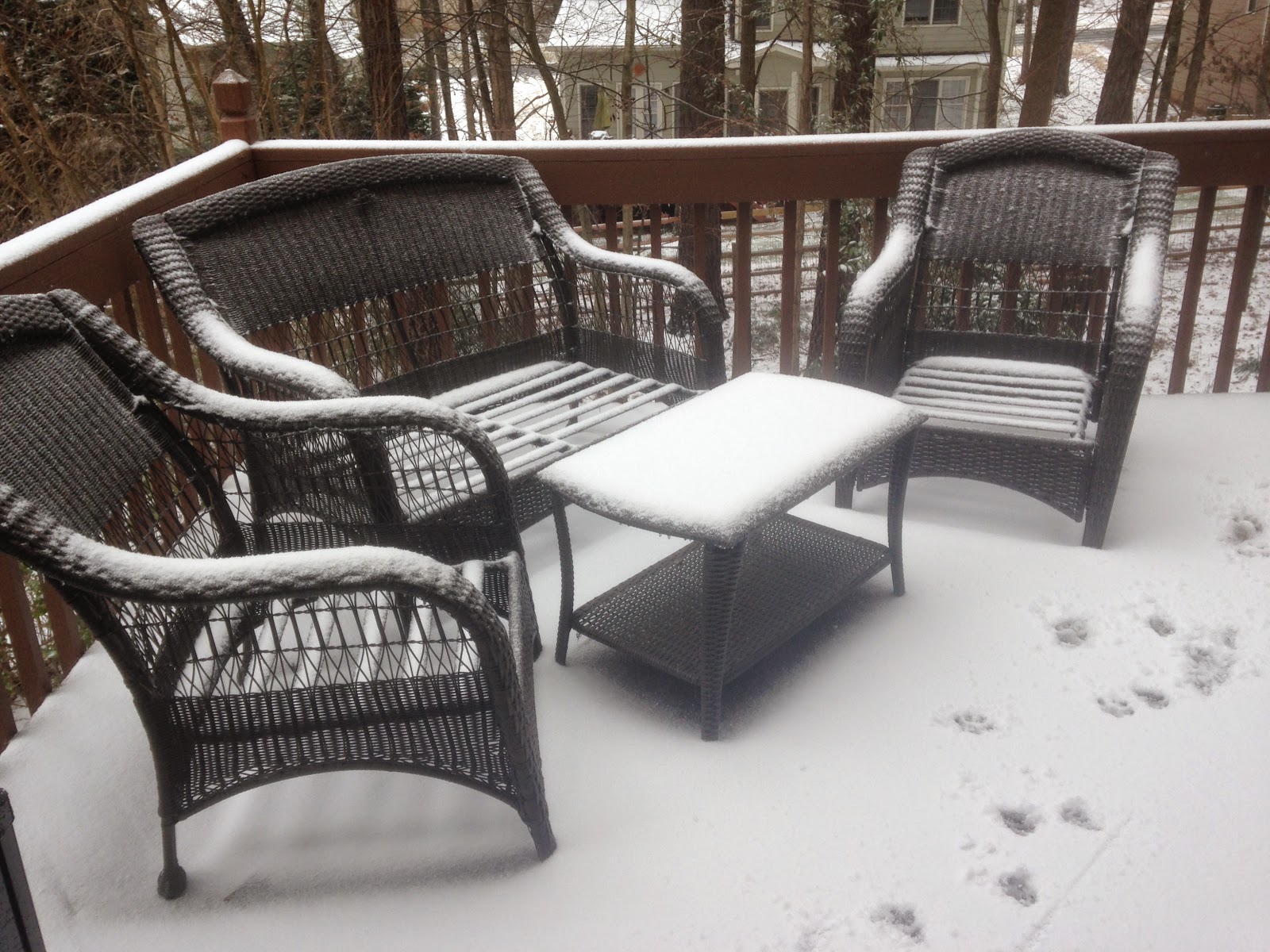 It snowed in the middle of the night and we have a nice coating of snow! 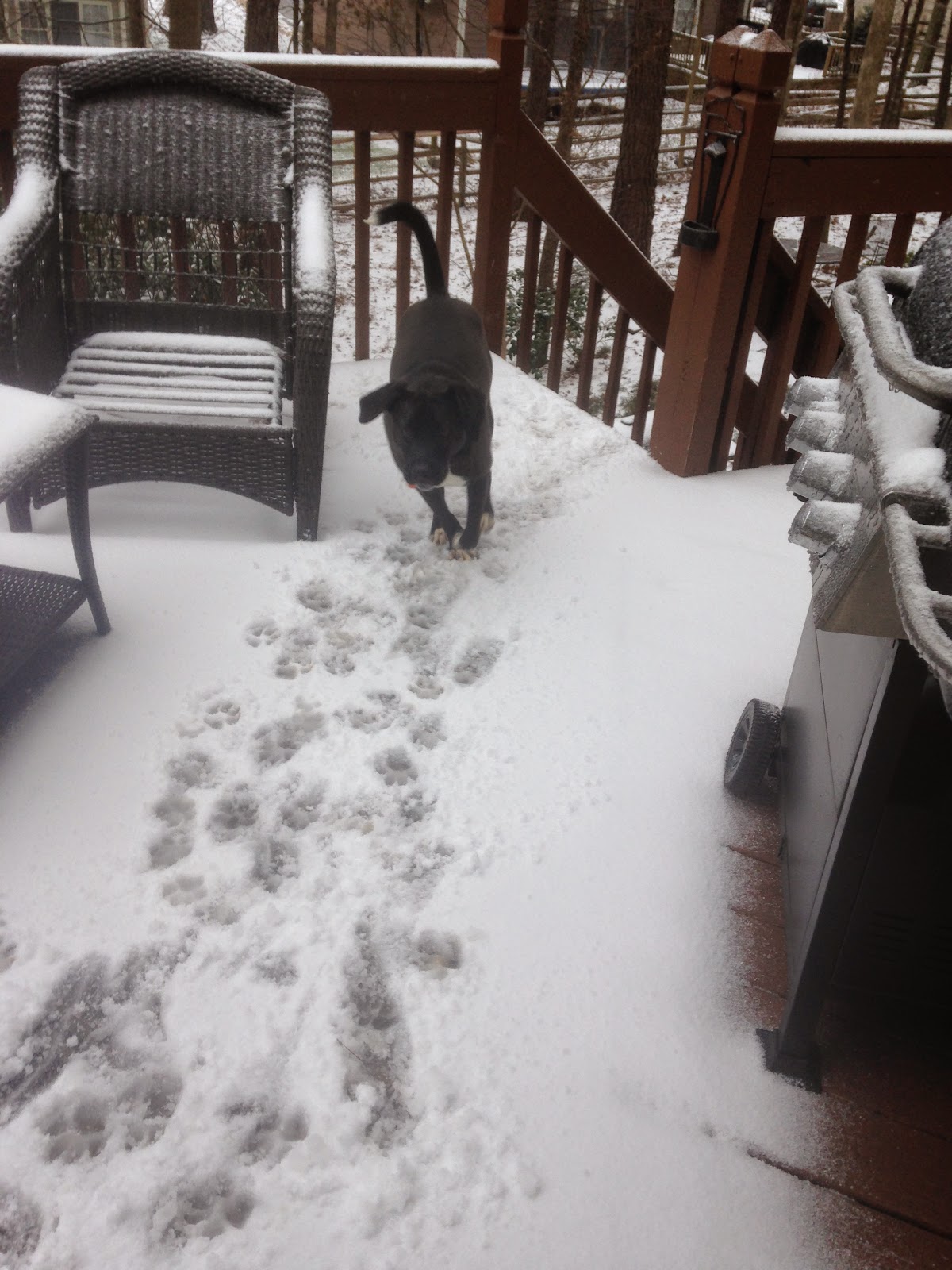 The snow made Lily super hyper and spastic.  She was running around the yard and the deck like a mad woman. 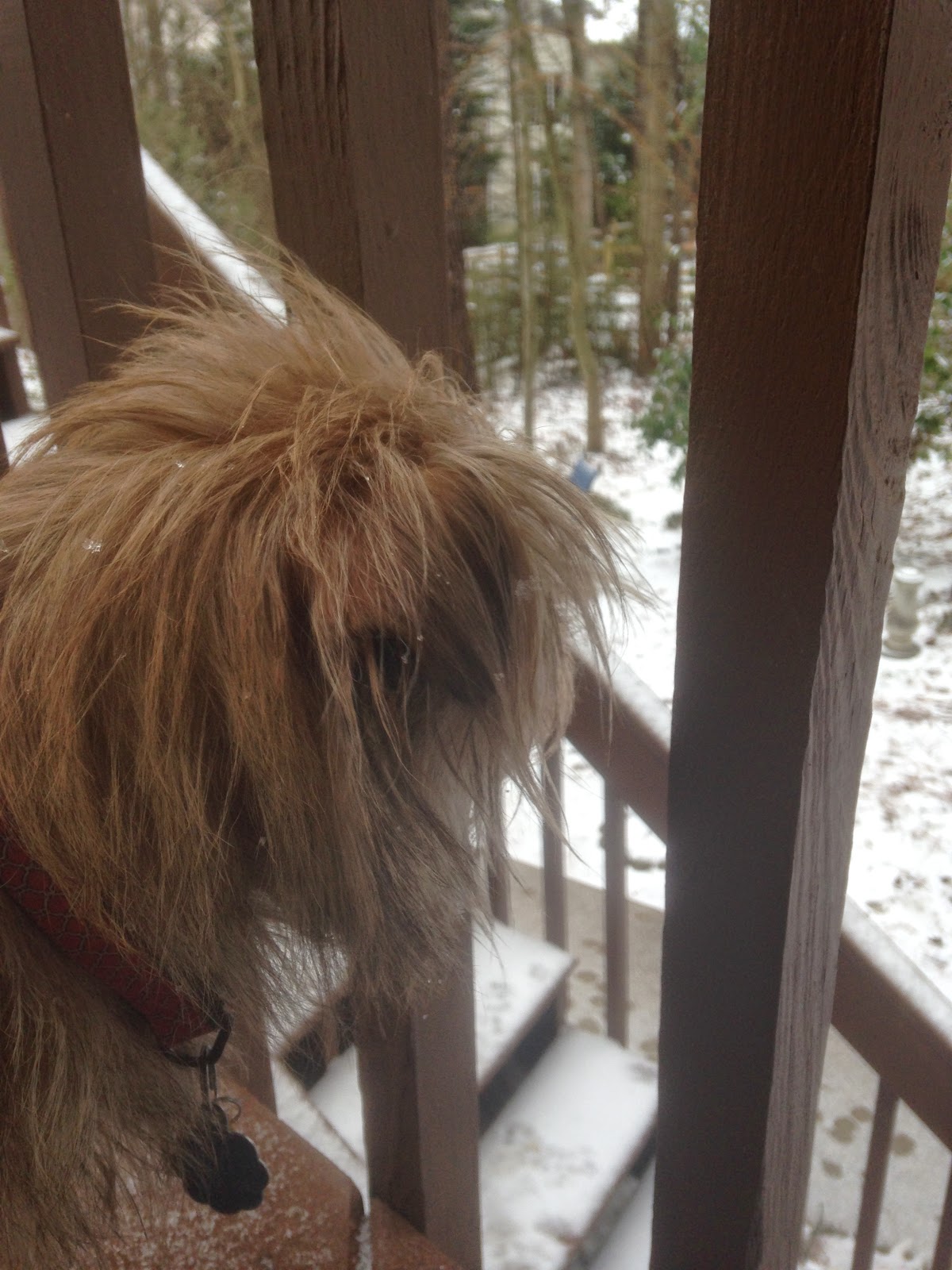 Daisy Mae was not loving the snow.  She's a princess and hates to have wet paws. 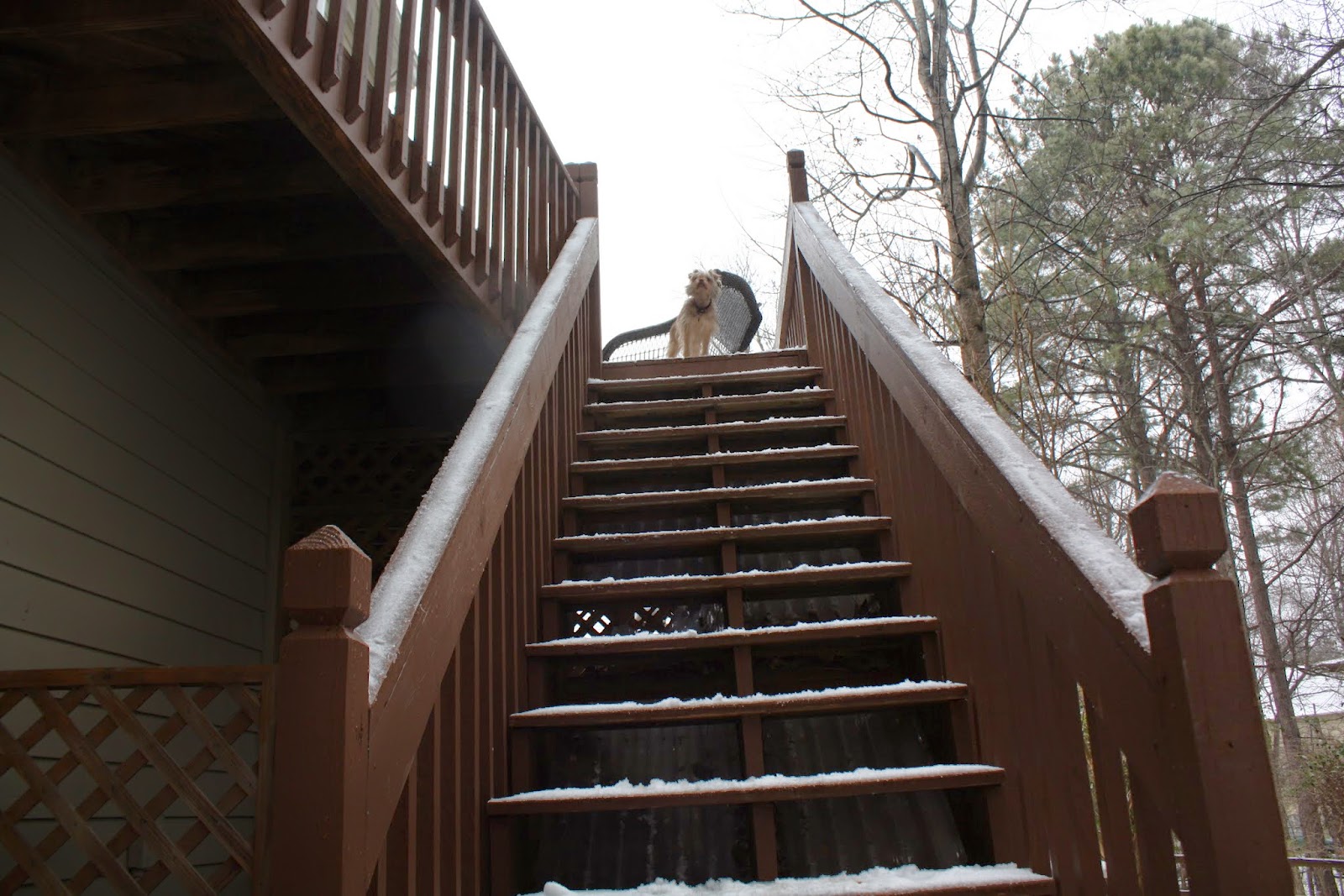 I love this picture of her looking down the stairs! 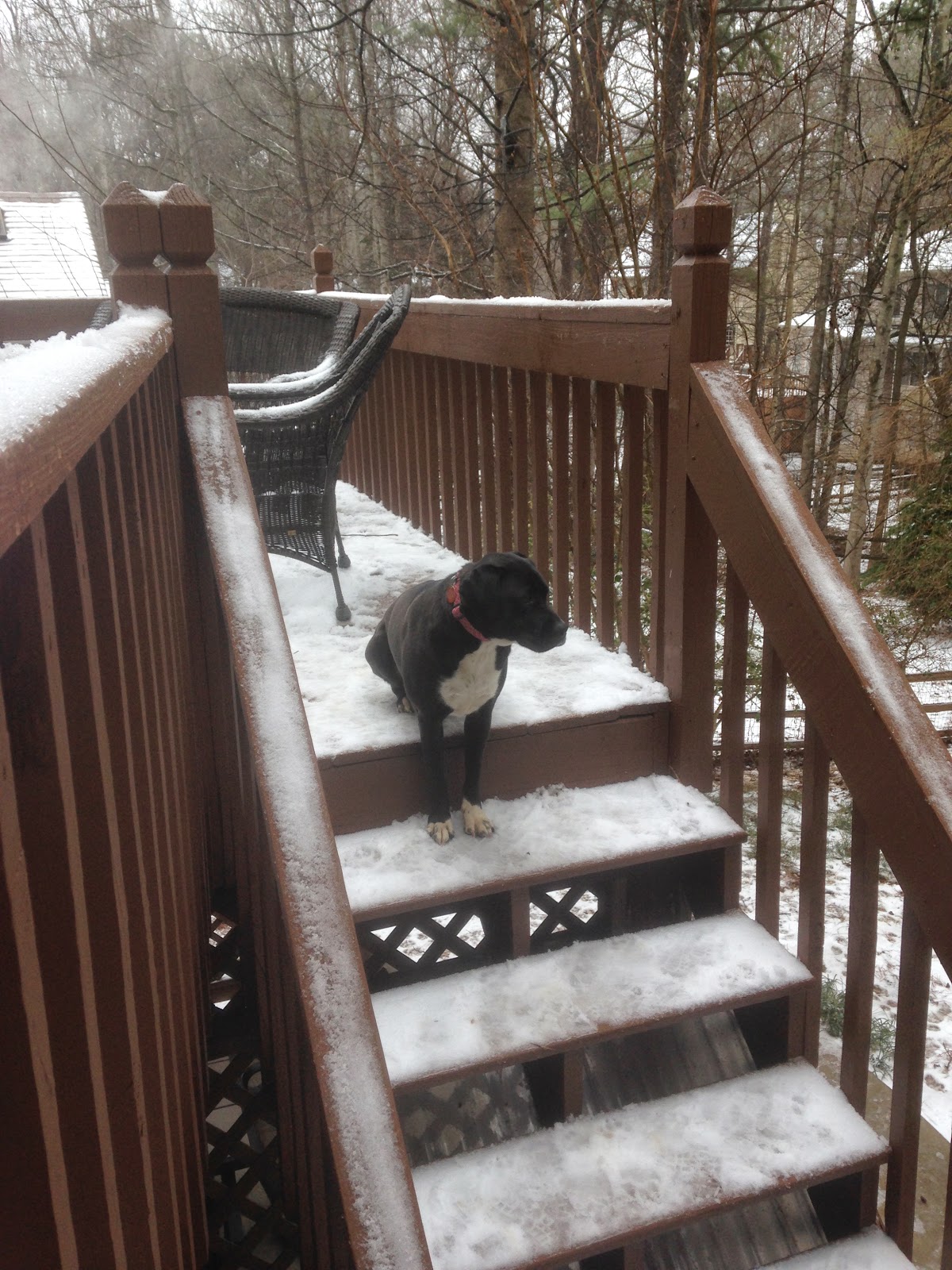 Lily sat on the stairs and watched the action down below.  She's a great babysitter because I was cold!  I didn't want any part of being out in the snow.  I got my fill of that in Ohio. 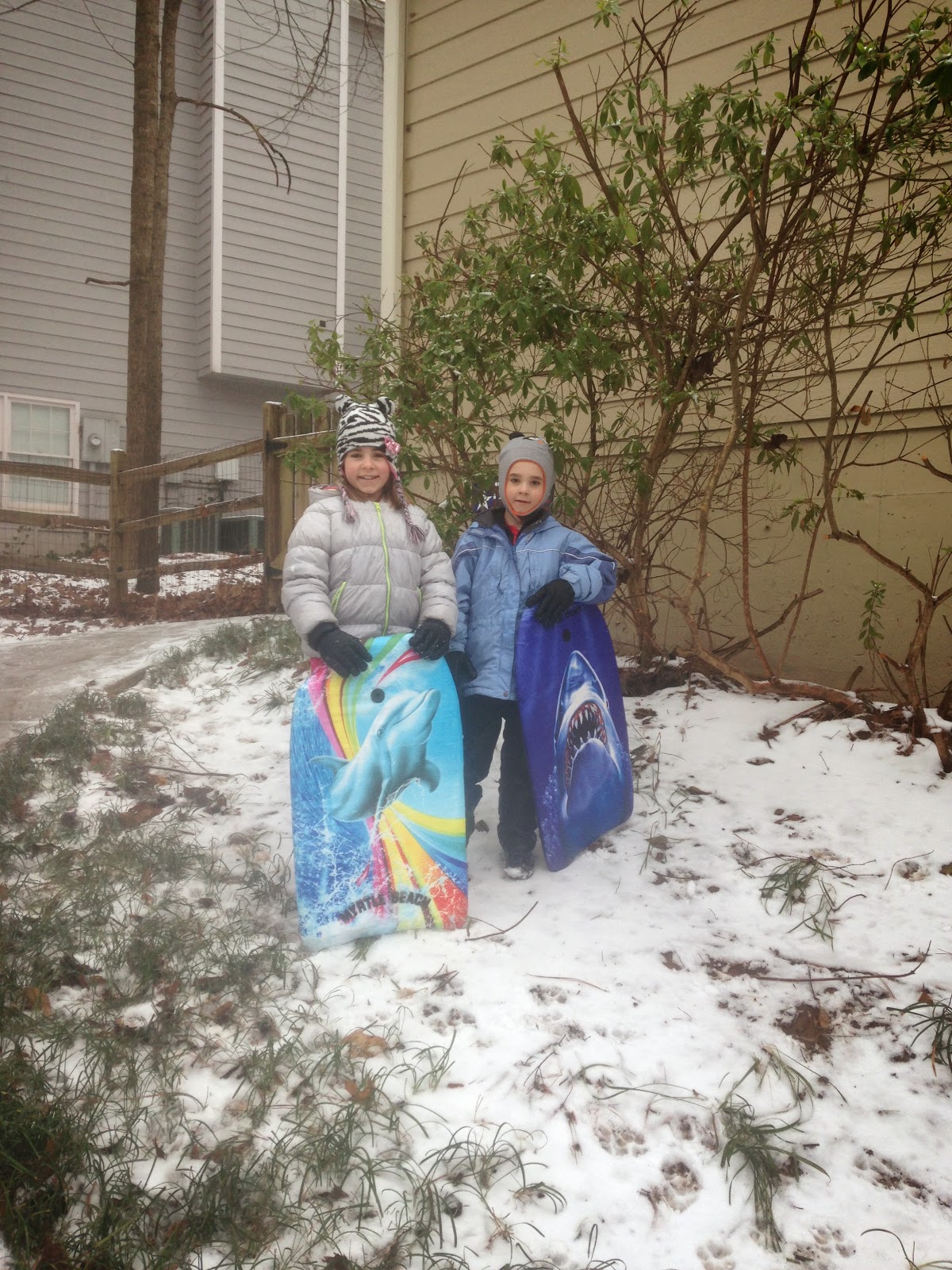 The kids decided to sled down our sidewalk in the backyard. 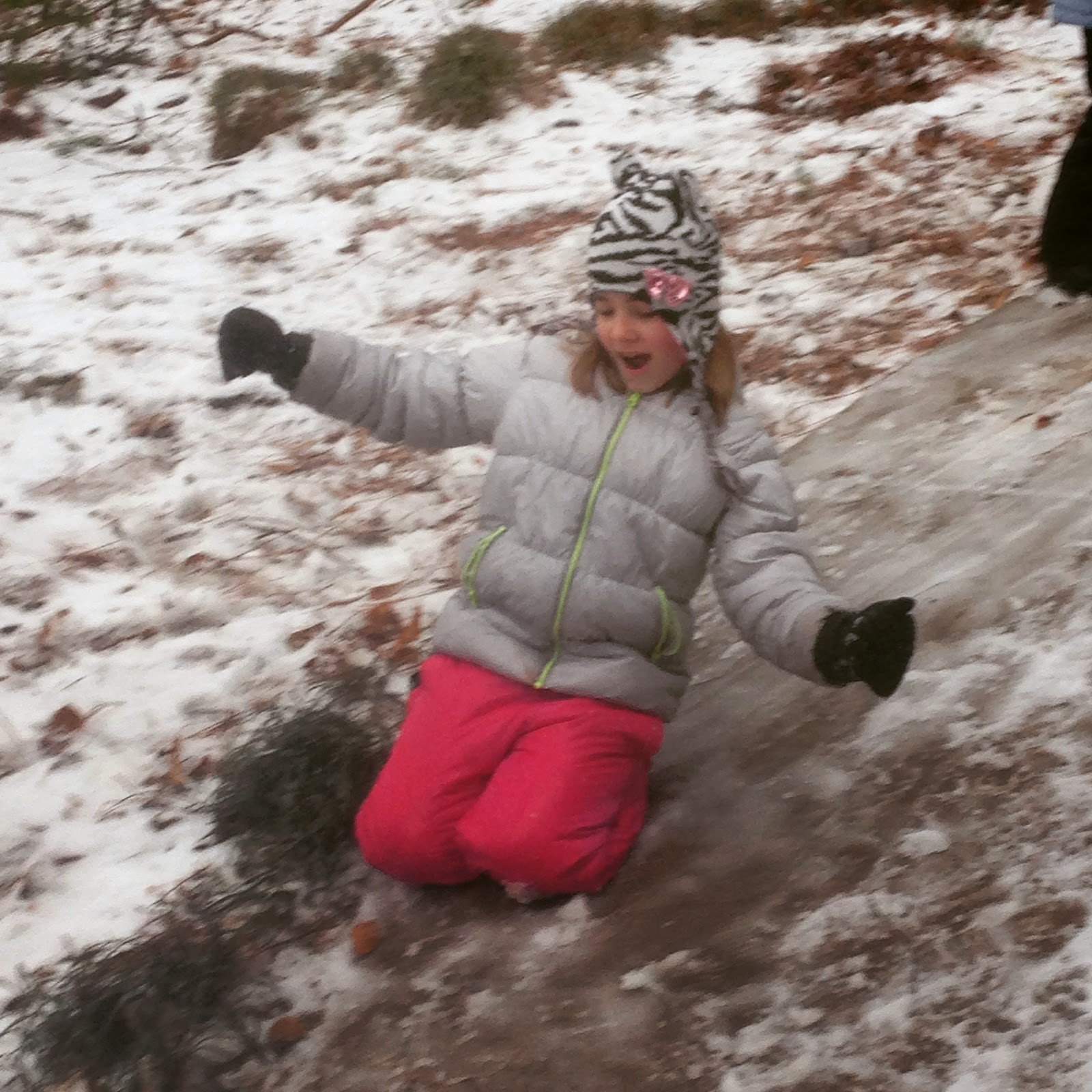 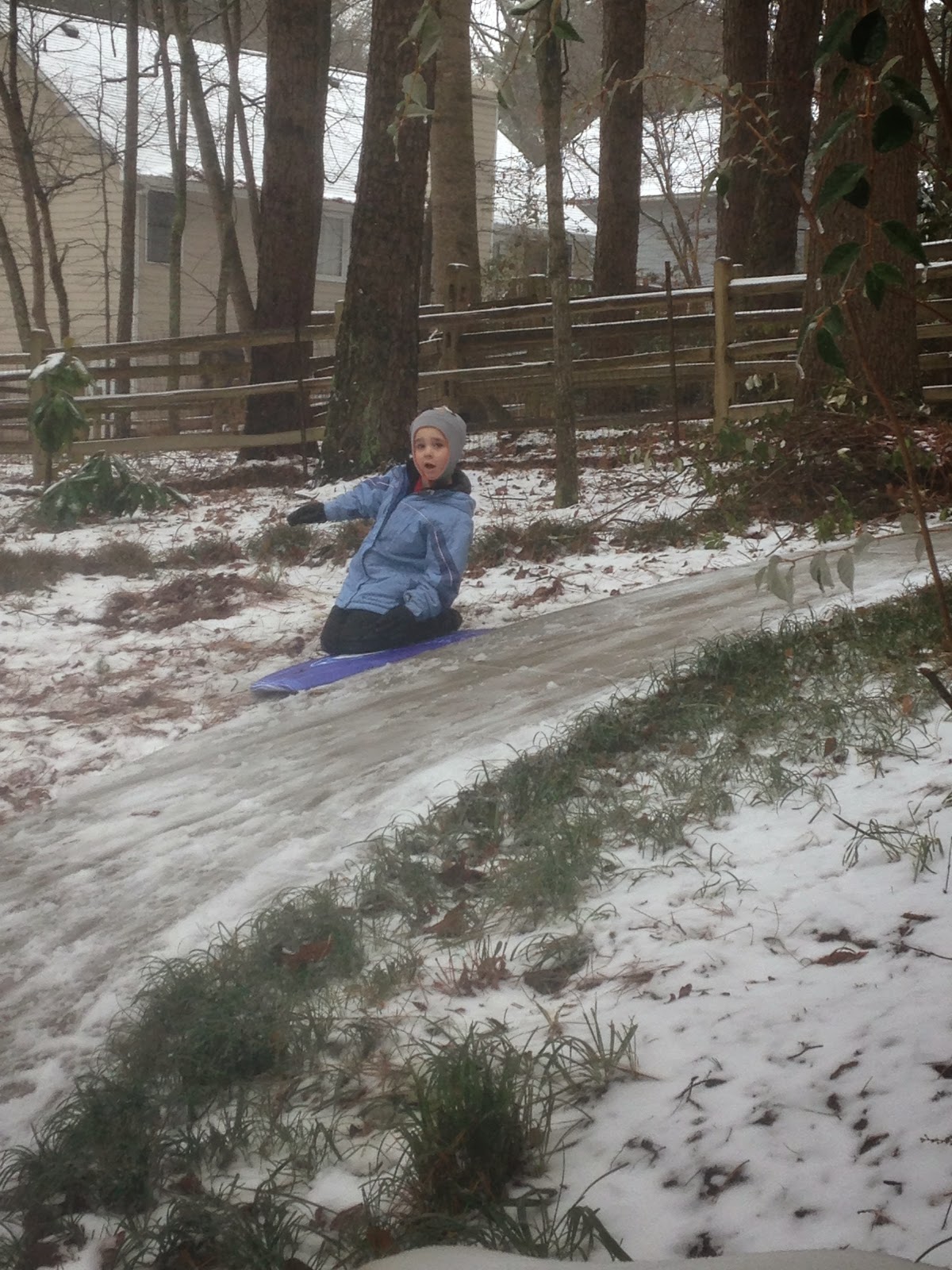 I have to admit it looked fun until the snow and ice melted.  Then the sliding wasn't going so well and they had to move onto another fun activity. 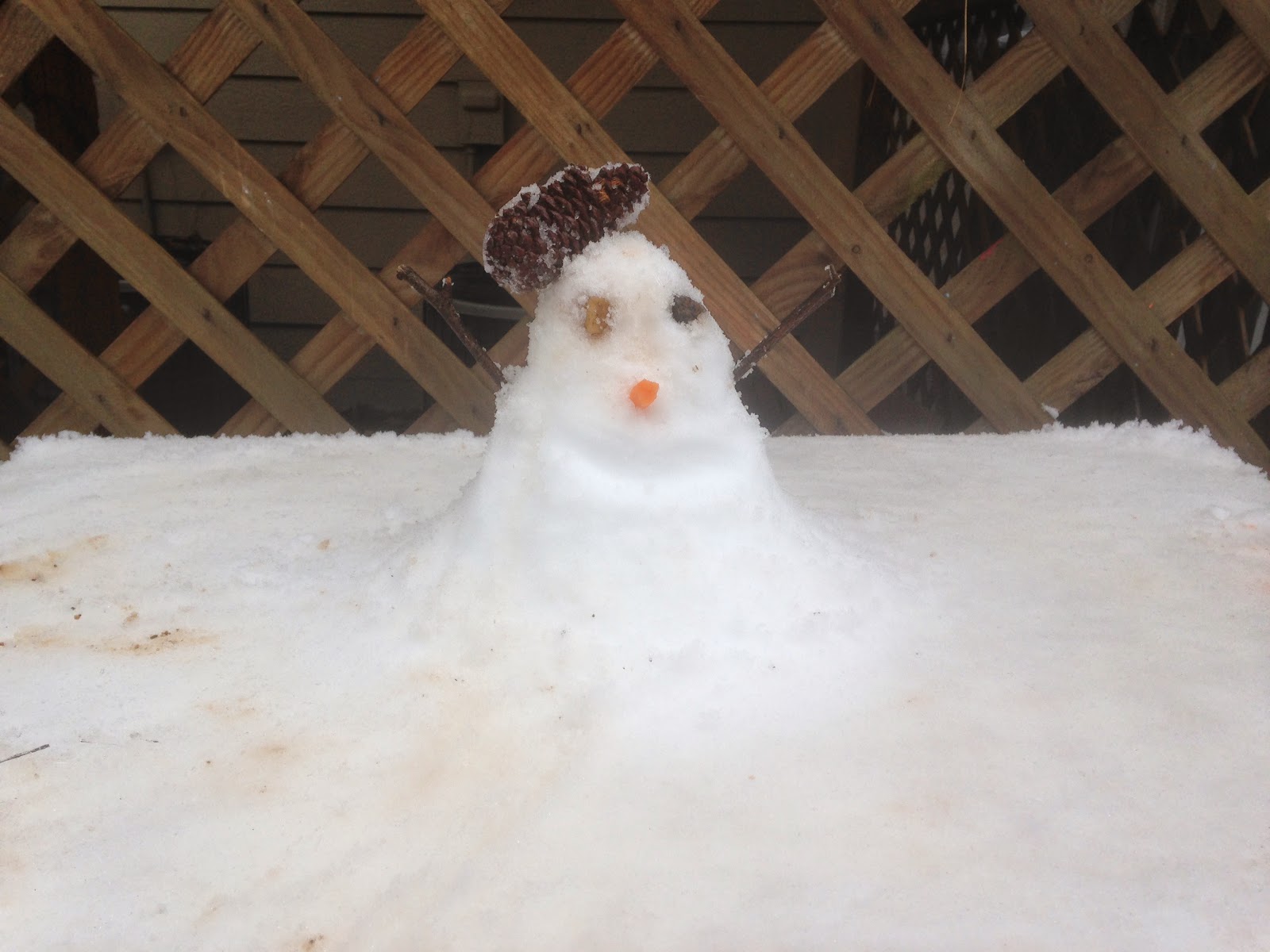 Like building a snow ghost with a pinecone 'bow'.  Ha!  Silly girl! 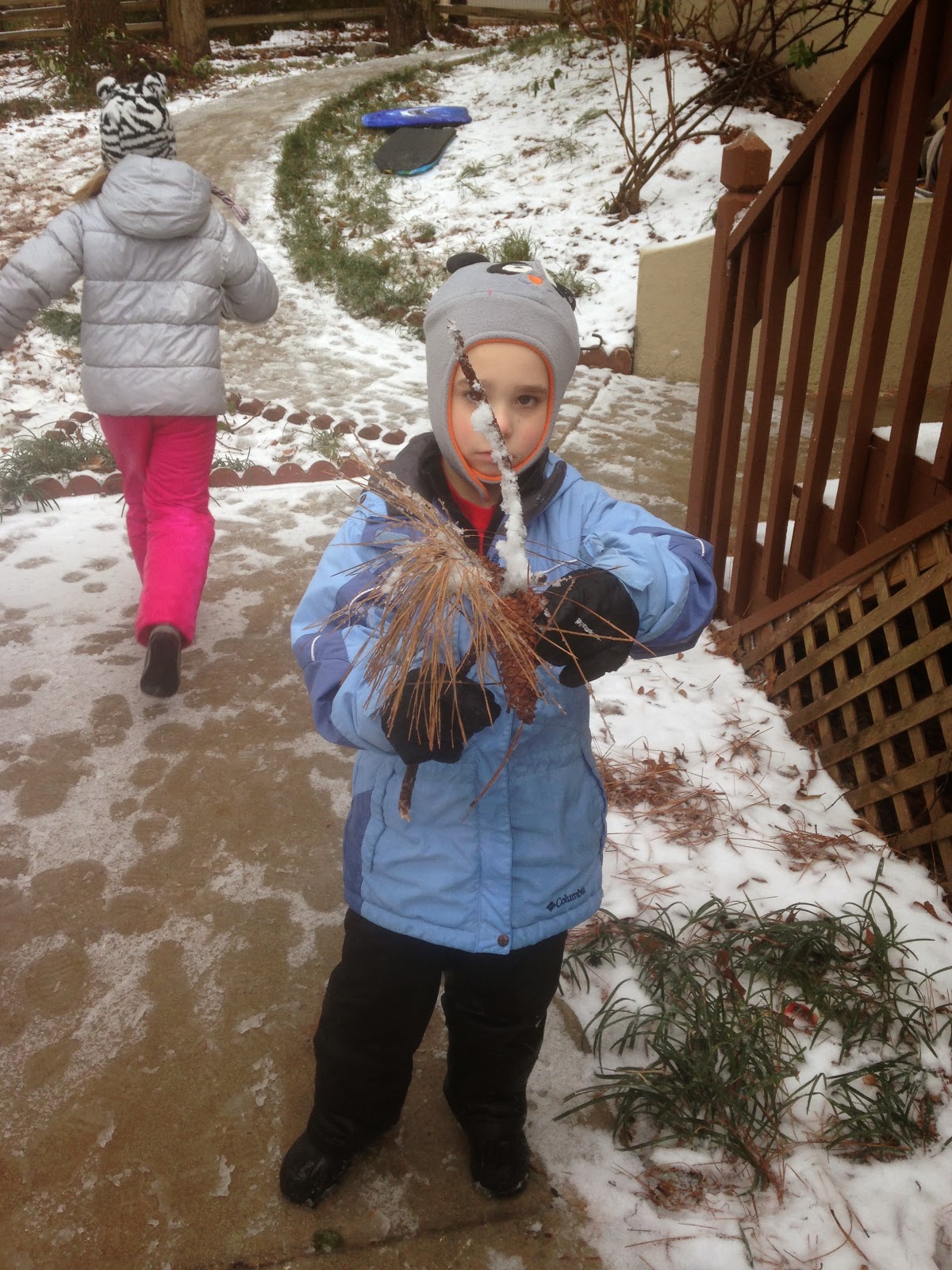 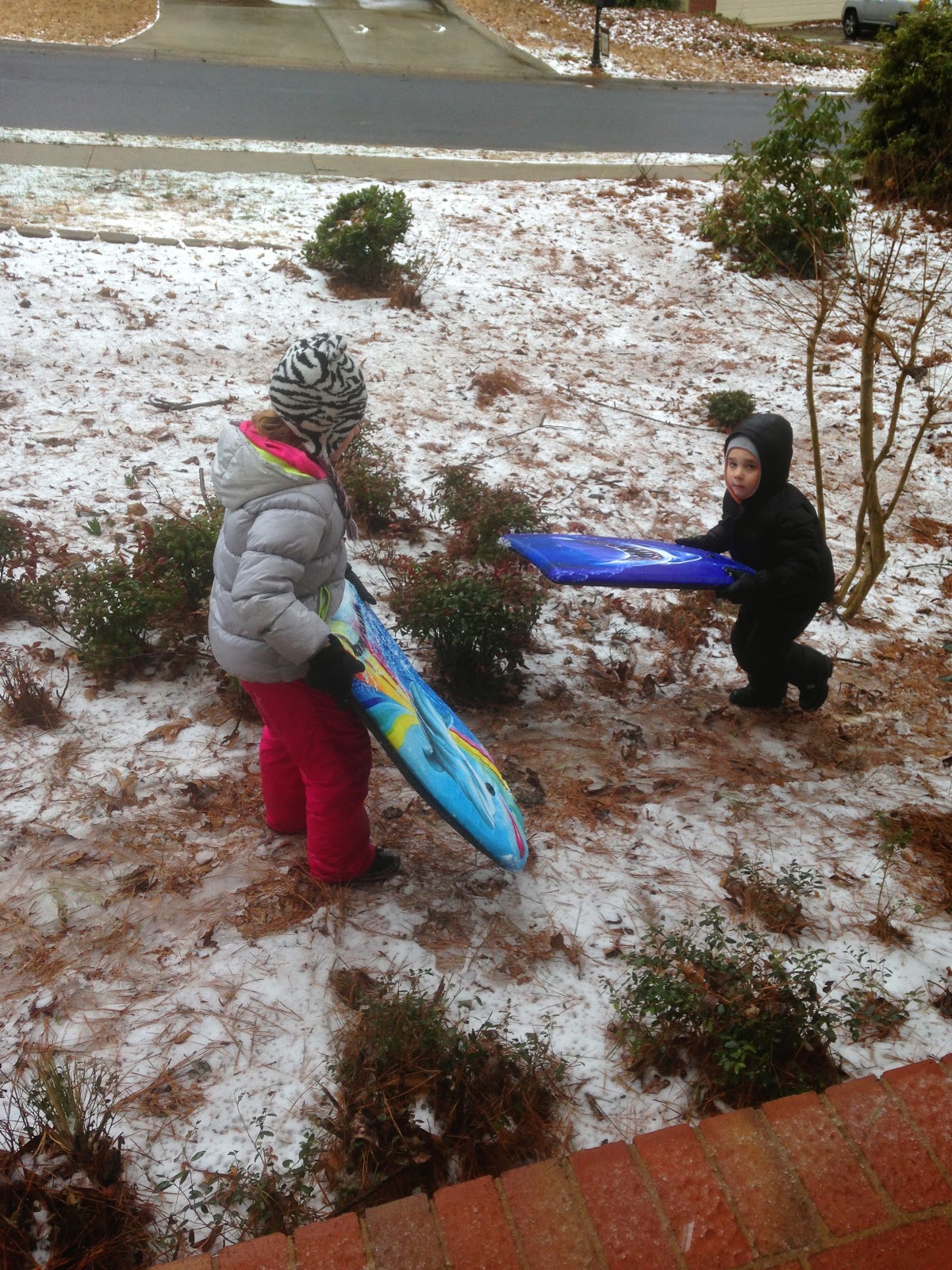 After lunch they headed back out for some sledding in the front yard.  They made tons of snowballs with plans of tossing them at people as they walked down the street, but no one ever walked by. 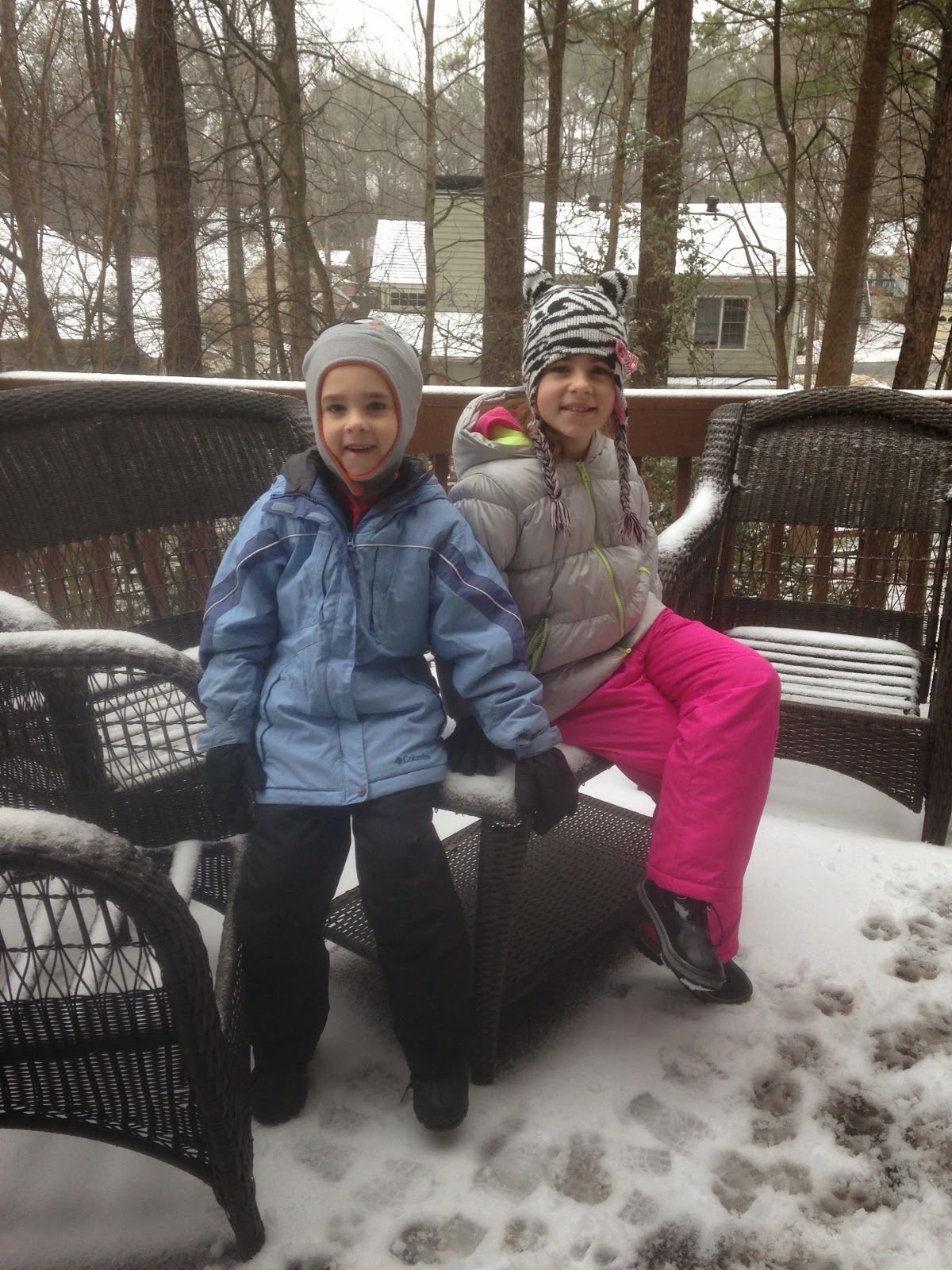