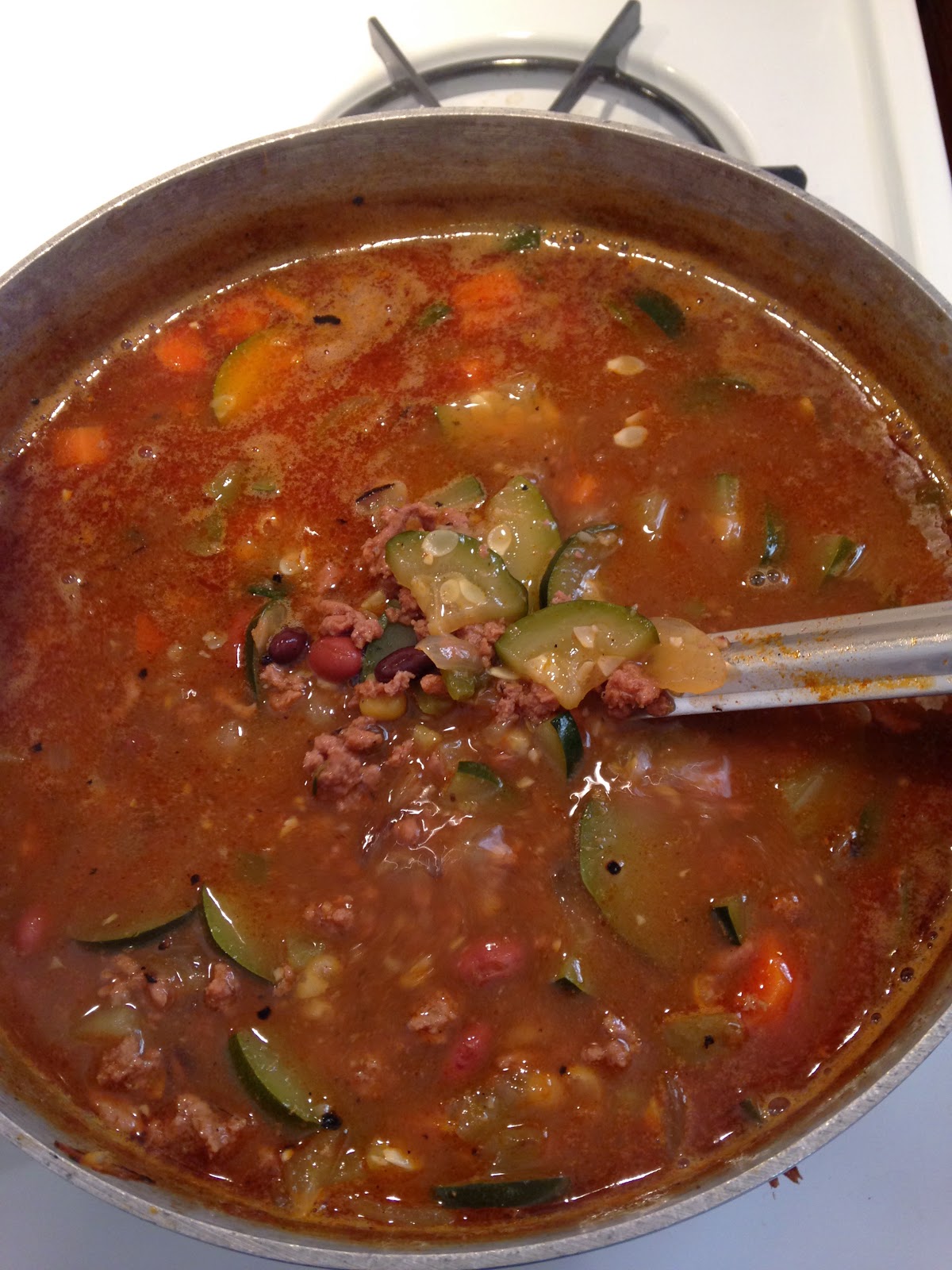 Gary has been out of town.  On his was back into town yesterday he sounded awful, so I decided to make a batch of taco soup. 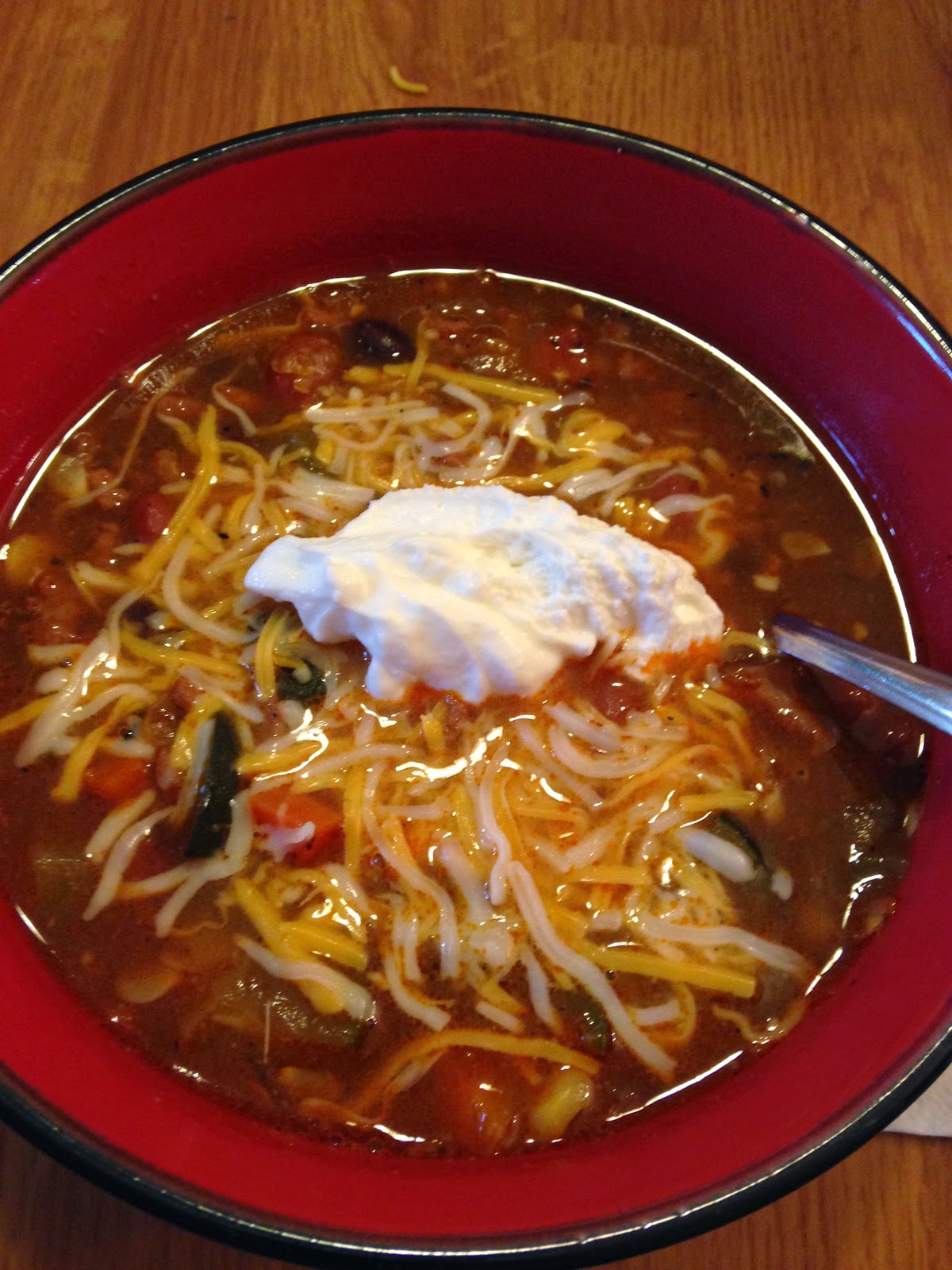 I browned some turkey meat and added a taco packet.  I added tons of veggies, garlic, zucchini, onions, celery, carrots, a can of rotel, corn and black beans.  It let it simmer for over an hour and it was ready to go.  We added a scoop of Greek yogurt and a sprinkle of cheese and called it soup. 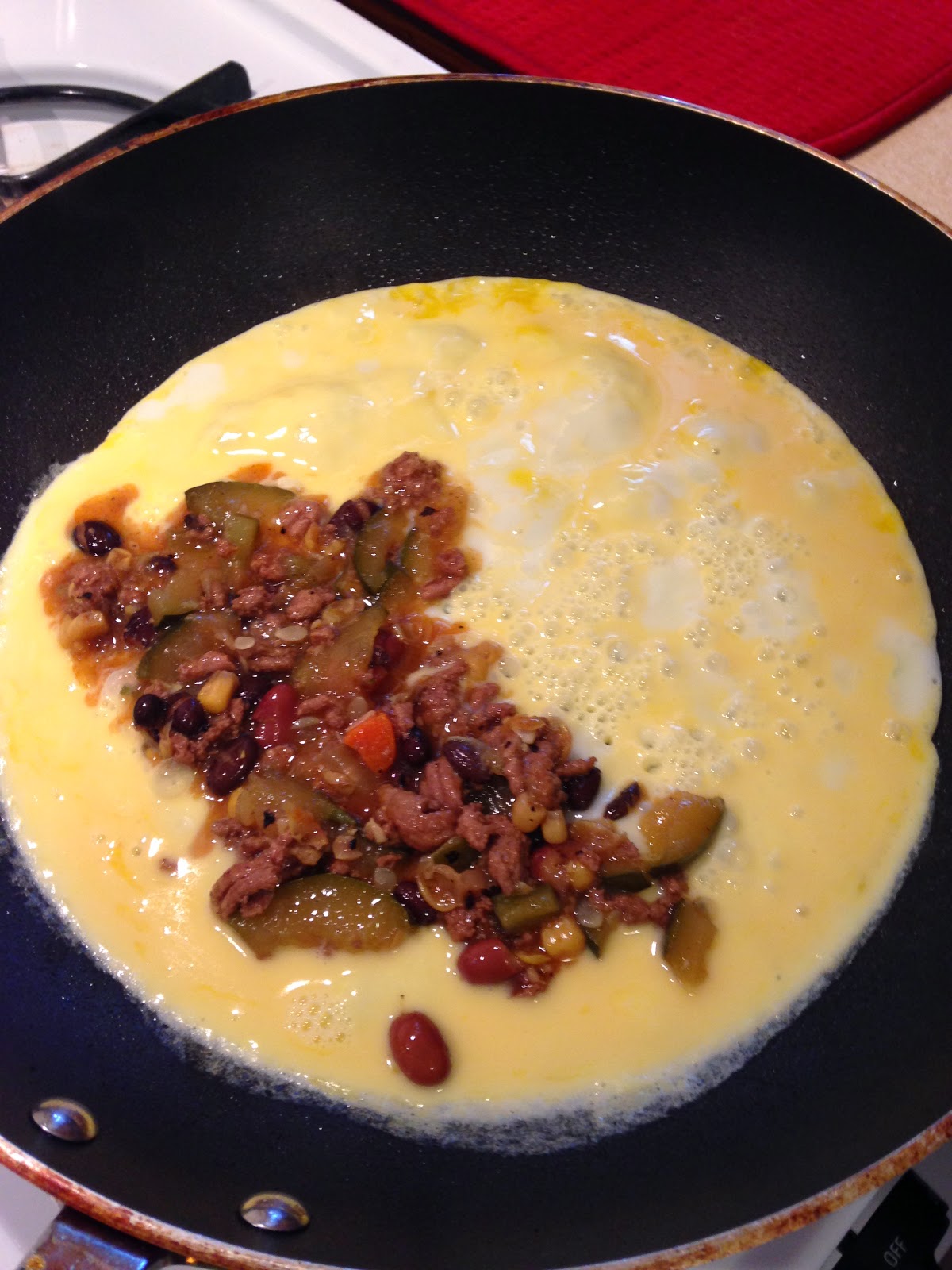 This morning we decided to drain some broth off the soup and add it to an omelet! 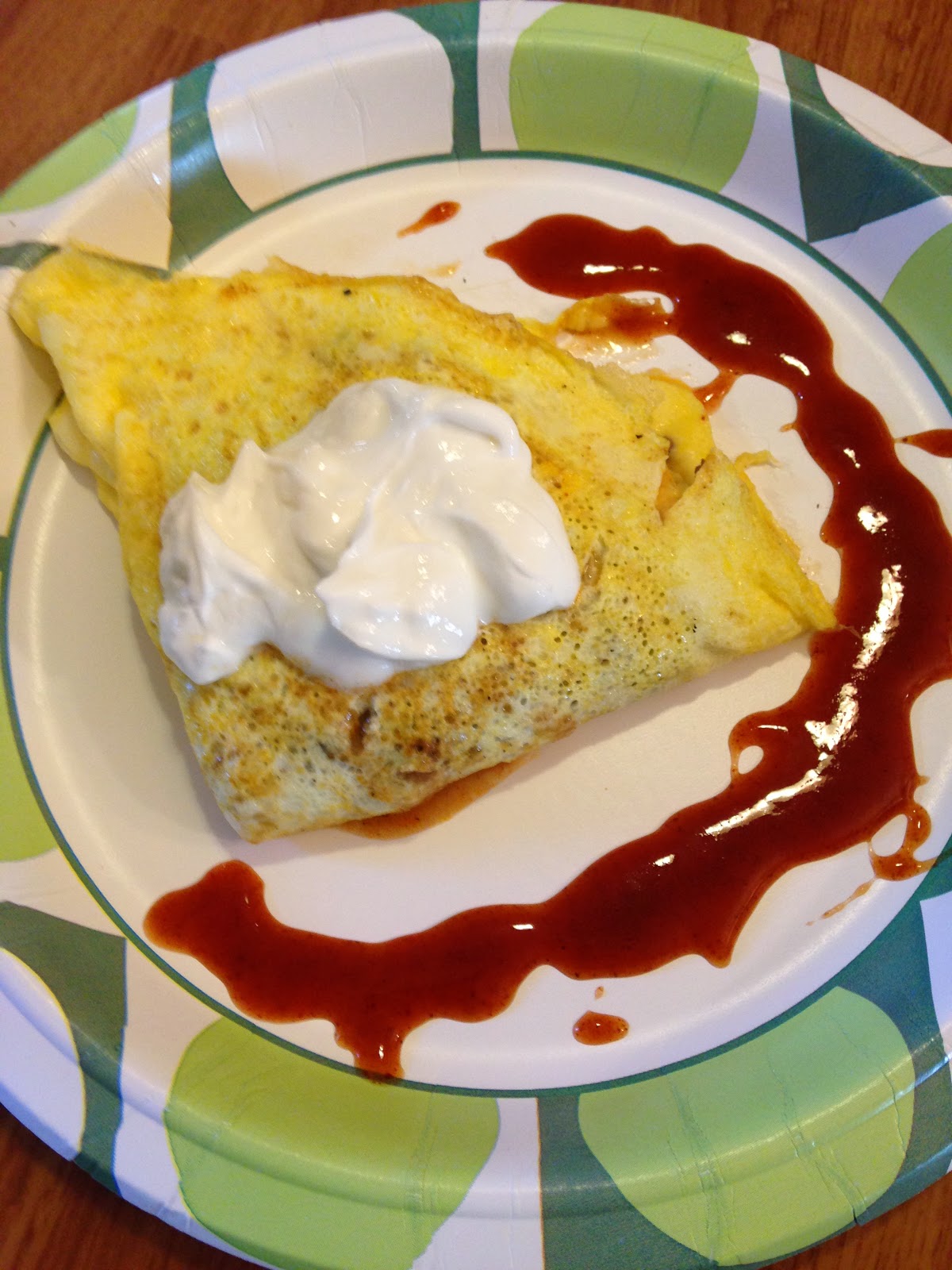 I added a bit of mild Taco Bell sauce and another dollop of yogurt.
Mmmmm Mmmm Good!

I just love food sooo much!