fall camp out in the park 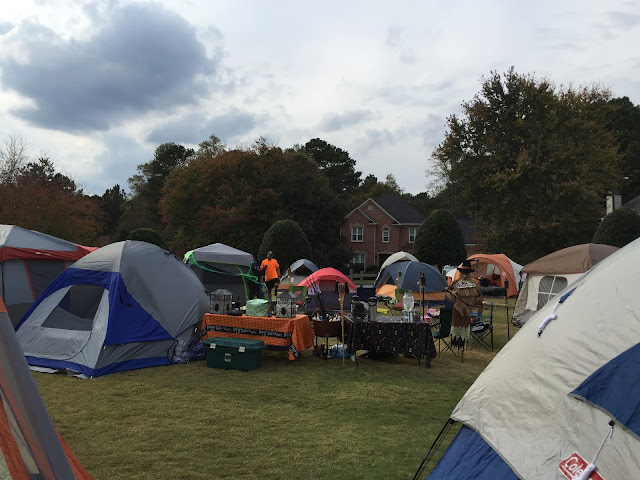 Our neighbors and friends have been talking to us about the fall camp out for months.  Every year in October everyone pops their tents in the park and camps for the night. I lost count of how many tents there were.  It was crazy y'all!!  The kids were so excited!! 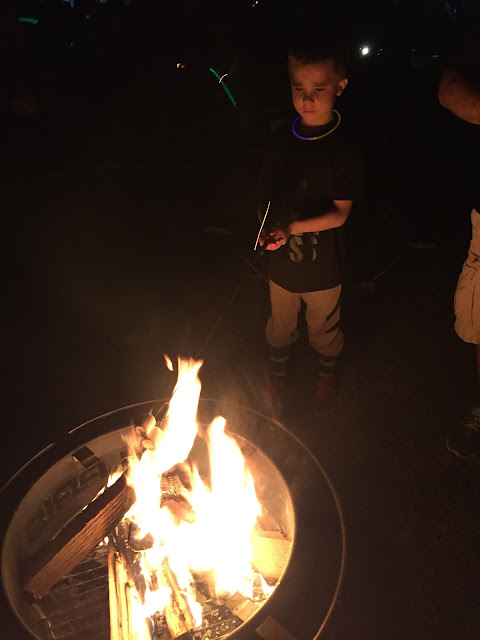 I was in awe of all the tents covering the huge grassy park area.  Everyone had tables filled with food and fire pits galore.  The kids went to each tent Trick or Treating and then after dark a movie screen played Casper and we all lit our fire pits.  It was so much fun!

Gary and I met many more neighbors and it seems like everyone had a fun time.  Our kids got to run wild in a safe environment, so that was good for them and their independence.

The four of us ended up going to sleep a little after midnight.  I was worried about the sleeping arrangement and getting some shut eye because of the noise.  We were all so tired though that we fell fast asleep.  It was almost like the sound of the other campers talking and moving about was like white noise.  We always camped in our pop-up trailer, so I'm not all that fond of sleeping on the ground!  Ouch!  My back is sore, but maybe next year we'll invest in a few air mattresses.  Funny thing, a man was passing out cards for discount chiropractic care.  He was spot on with that!!  I totally need to visit the chiro after a night on the ground, but it was totally worth it in the end!