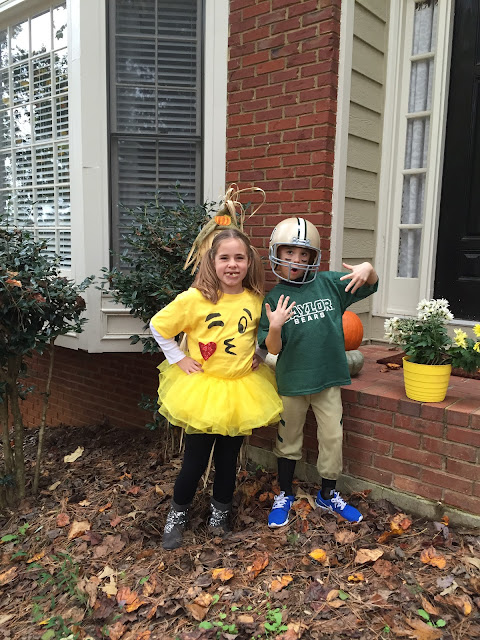 These two had a fun day!  Layla and her nasty teeth...yuck! 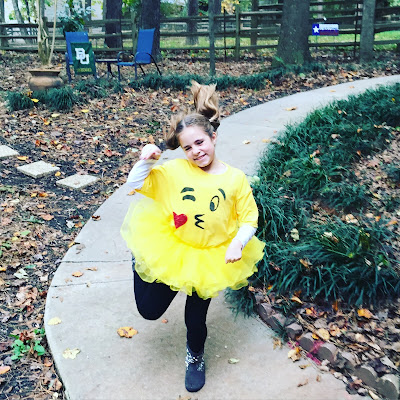 Layla decided to dress up as an emoji! 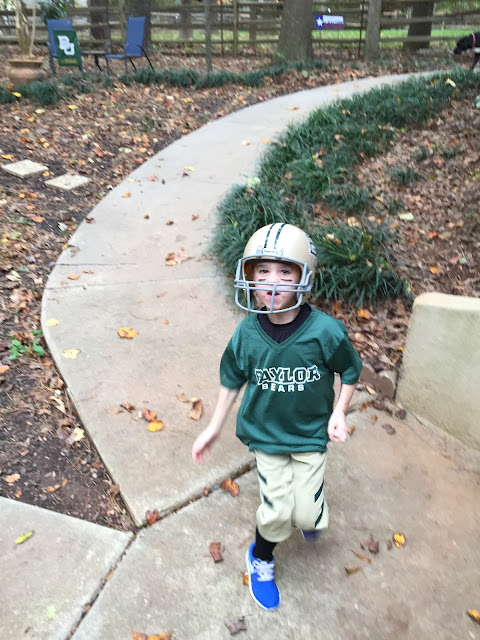 And Hayden is a Baylor Bear football player!  I loved each of their costumes and think they're perfect for them! 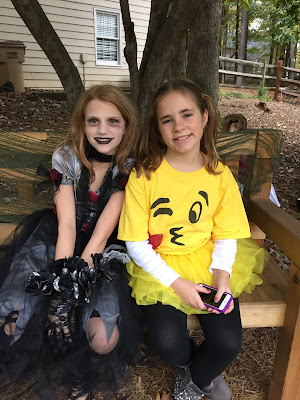 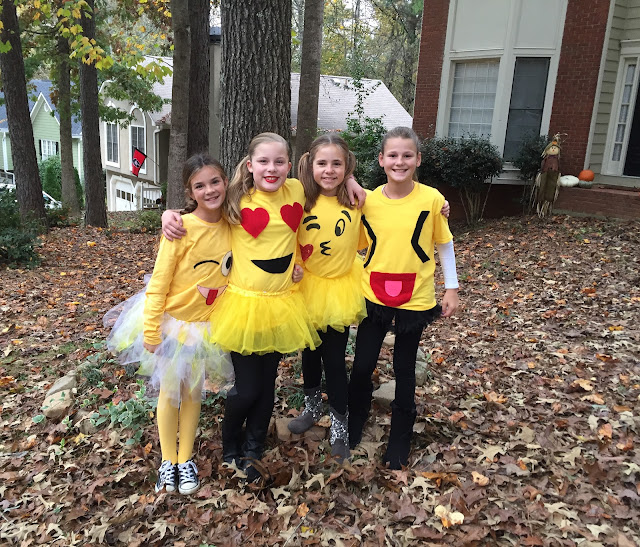 She came home with TONS of candy.  Gosh, it's crazy and awful.  Candy will drive me crazy y'all! 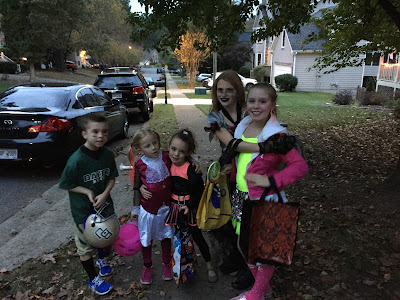 Hayden wanted to Trick or Treat with a little girl (just a friend) from down the street.  We had a fun time going up and down the streets.  Hayden got enough candy after two streets and he was ready to go home and watch football! 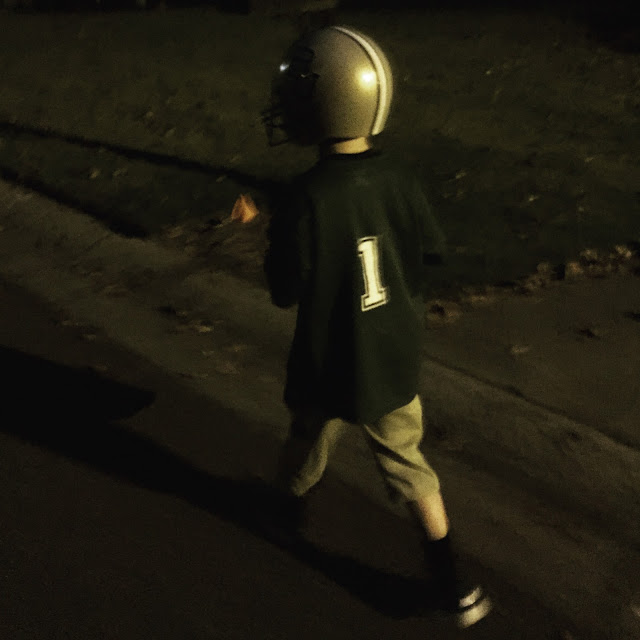 I ordered his costume and he was able to chose his number, so he picked #1 for his favorite Baylor football player. 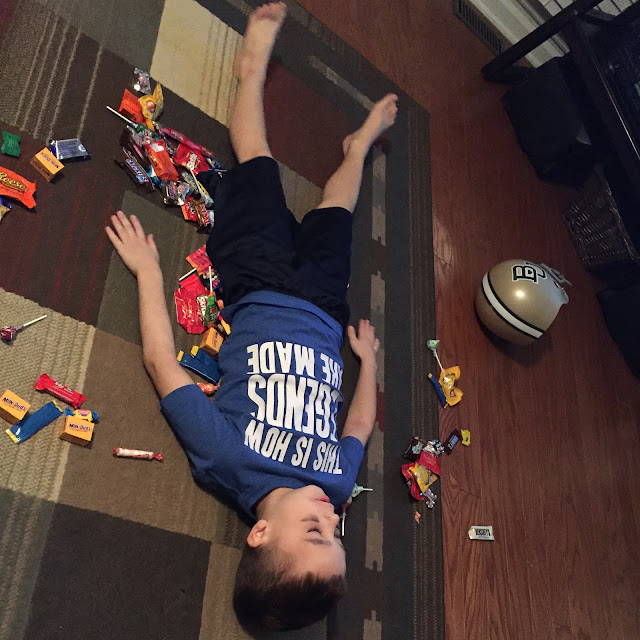 We got home and he laid down to look at his candy and did a few candy angels.  I laughed so hard!!  He's in bed now and we're waiting for Layla to get home,  Her party ended at 11:00 and she's heading home!  Doesn't that seem late for a 5th grader?  She's been with a group of friends and I know she's had a big time fun Halloween and I'm sure she's as tired as I am!