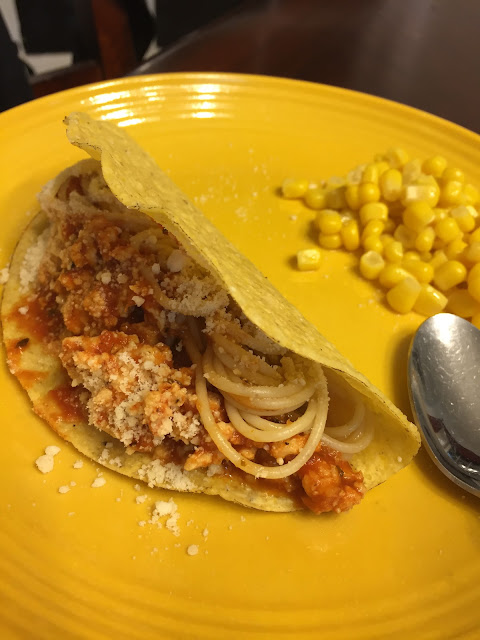 Layla and Hayden have been on an iCarly binge.  These two munchkins will pick a tv show and watch every single episode from start to finish.  Kinda like what Gary and I did with Breaking Bad and Justified.  Our binges aren't quite as annoying as iCarly.  I just have to leave the room sometimes when they're binging.  Those characters are cray cray, but in a good way.

Why am I telling you this? 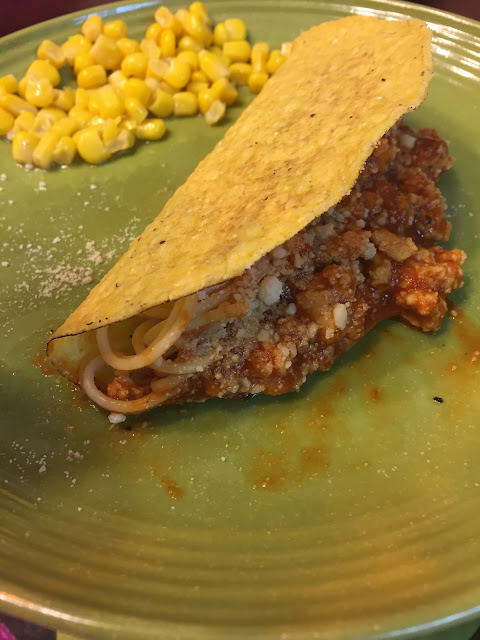 When I told Layla we were having tacos she asked if we had spaghetti sauce and pasta.  We did and as you can see this was their dinner. I actually passed on the spaghetti taco, but they cleaned their plates!  Yay!  I'm not posting a recipe because it's pretty simple, and as usual I always sneak zuccini into the meat sauce.

Wow!!! These look amazing :). I am definitely adding them to my to make list. Hope all is well in Georgia!