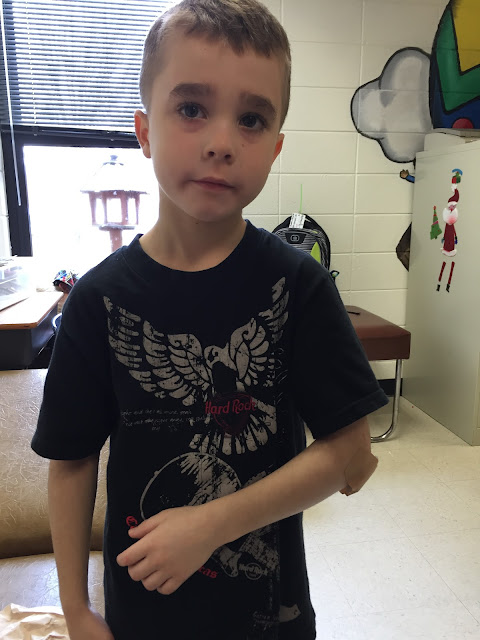 This guy gave us a scare this morning when the school nurse called me to report he had fallen on the concrete at recess.  She said he hurt his arm and he was hurting pretty bad.  The only other time Hayden fell at school was in Ohio when he fell off the monkey bars and hit his head on a pole.  He had quite the goose egg, but thankfully his head is hard and he ended up being just fine.  The hard part then was keeping him still so his headache would go away.

Gosh, since Layla fell back in first grade I try not let myself get to worried as I drove to the school.  She got hurt pretty badly when she collided with another student during P.E.. They bumped heads and she had quite the gash, but thankfully she turned out to be just fine. 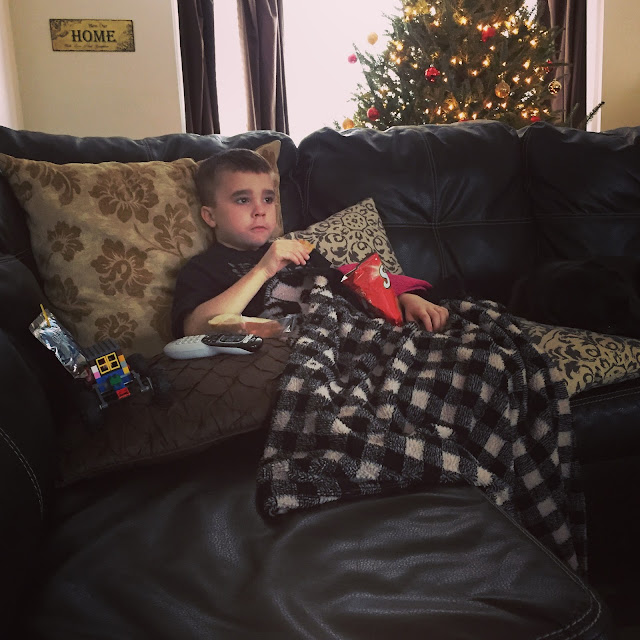 Today Hayden is going to lay on the couch and chill the rest of the day.  He fell while running and he's a pretty fast runner y'all.  Some other kid bumped him and knocked him off balance.  He slammed his left elbow into the cement and ripped his jacket sleeve.  When I got to him most of the bleeding had stopped, but he had a super deep gash and he wasn't moving his arm.  That worried the school nurse the most.  Thankfully I think he will be ok and ready to head back to school tomorrow.  What a crazy morning it was, but I'm so happy it didn't turn out worse!
Posted by Angie at 4:11 PM