Hayden is a typical laid back guy in my opinion.  Yes, he has a temper and throws fits, but he has a dry personality.  When he says something it's usually funny and interesting.  Up until recently he didn't really have much to say.  I think Layla talks for him so much and since she has been in school the past three weeks I have had a lot of one on one time with my little guy. 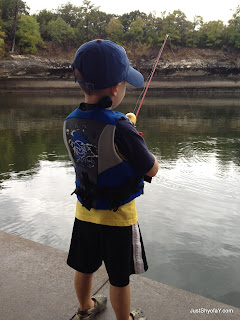 While I was styling his hair this morning  he told me he wanted a lemonade stand at his 5th birthday party.  I laughed and said, "ok that sounds good." wondering to myself where he got that idea.  We were still in his classroom before I took him home for the day and he told me in front of his teachers about his lemonade stand idea.  He had already been discussing it with them before I arrived.  I wonder if he'll remember this in July when he turns five?!  I thought maybe he heard about a lemonade stand from a TV show, so I asked him and he said, "No momma I thought it up in my brain." 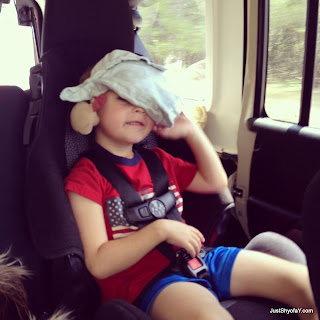 He says the funniest things and remembers them.  He still calls seagulls {that we saw on vacation in early June} 'eagle ducks.'  Bar-b-que chips are 'charcoal' chips. 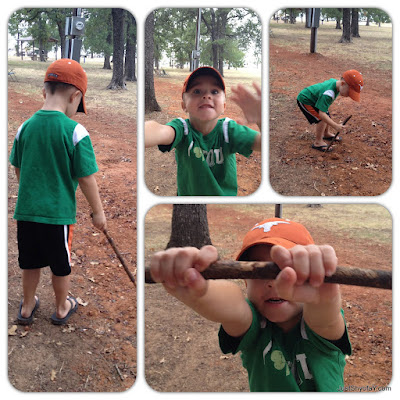 On Friday we were running errands, just he and I.  He began telling me about how he had boogers. He said he pushed a breath out of his nose and he felt a bubble.  Then he popped it.  Seriously.  Gag me.  Sorry for the TMI, but this is a great example of his randomness.

Gary has been traveling so much lately.  He brings each kid a prize if they are good when he is gone.  The kids always anticipate what the prize might be.  Hayden told Layla and I he wants a steak dinner for his prize.  Haha!  That boy loves steak.  He decided he'd skip getting a toy if he could just have a steak.


Today we were leaving school, which BTW he LOVES ...  He is obsessed with school so far. Anyway, we were driving to Layla's school and he was telling me he had a new girlfriend.  I gasped out loud!  I asked him her name but he couldn't remember.  Then he said, "Mom, she is a girl and she is my friend, NOT a girl I am dating."  I think maybe he has been watching too much Austin & Aly!!  He said dating...oh my! 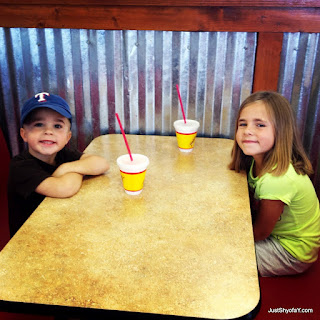 Hayden's love for his sister is amazing.  They are great friends and I'm so thankful.  They do have their moments and scrappy fights, but mostly they play great together.  He will be a wonderful husband someday because he is constantly getting bossed around by his big sister. 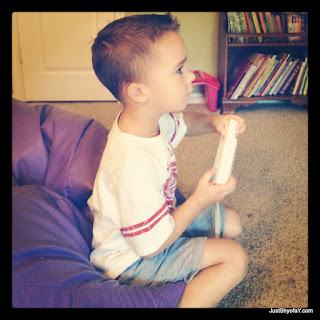 Hayden loves having his hair styled, but loves wearing a cap.  Every morning when we style he hair he asks us for Monster truck hair, motorcycle rider hair, or whatever he's obsessed with that day.  He wants his hair to feel that way!  Motorcycle and monster truck hair is really spiky you know?!

Hayden is loving the Wii.  He is finally at the age where he is getting really good at it.  He gets frustrated and cries if he loses, but I have to talk him off the ledge and he plays again!  heehee!  DRAMA! 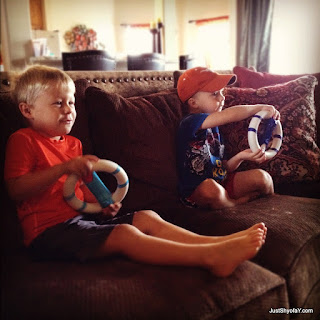 He loves his friends and doesn't mind telling them he loves them.  It truly is the cutest thing.
I just LOVE his little heart and I'm so proud to be his Momma!

Labels: hayden, my kids crack me up daily

Awww, he's so funny! Last week when my sis-in-law picked up Logan from daycare he told her "I kissed Karsyn today". They grow up too fast.