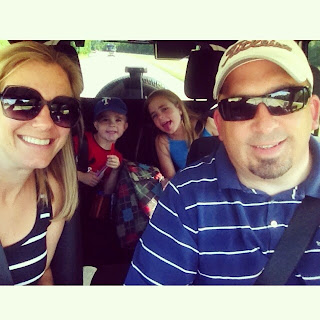 We got a weekend away and decided to hit Pittsburgh for a fun day at KennyWood amusement park! 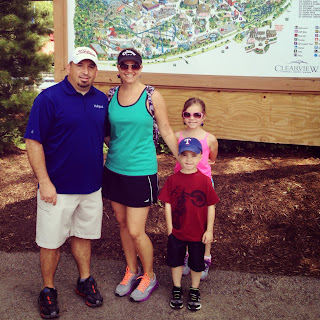 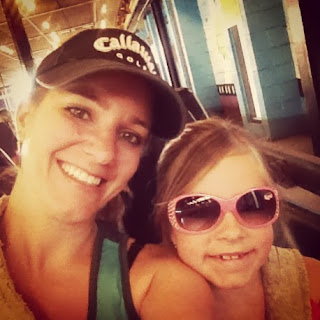 Layla and I rode the bumper cars as our first ride! 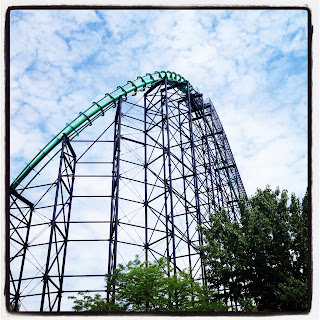 I photographed the roller coaster I'd never get on.  Gary, Jeff and Brandy rode on it while I stayed with the kids.  Gary said it was a bit scary, so I'm glad I skipped it! 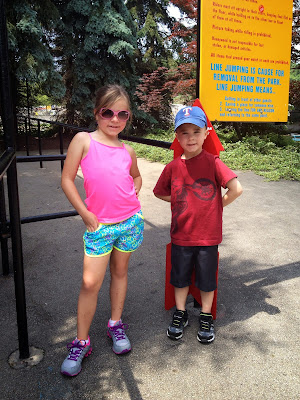 Hayden was almost tall enough for all the rides, but some he was just under the arrow!  Poor guy, and then Layla was too tall for some rides in the kiddie section.  Both kids are right in the middle! 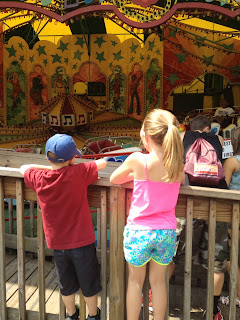 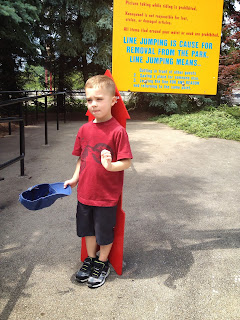 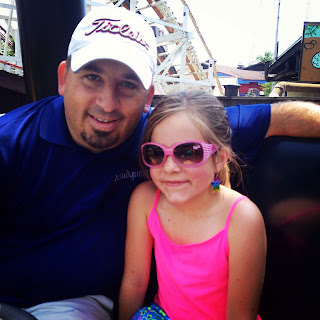 Layla was a bit skeptical of all the rides.  She is just like me!  We finally got her to ride the turtle ride.  That pretty much explains itself though...a turtle is pretty slow. 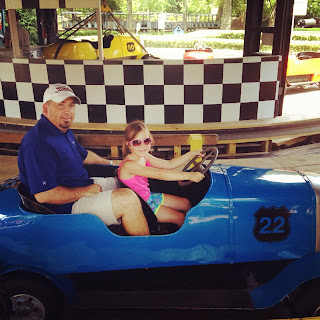 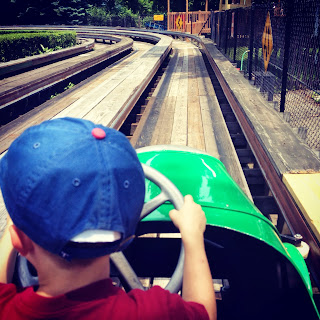 The kids loved the race car ride.  They both felt like they were driving in a real race! 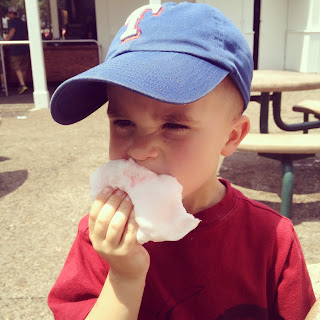 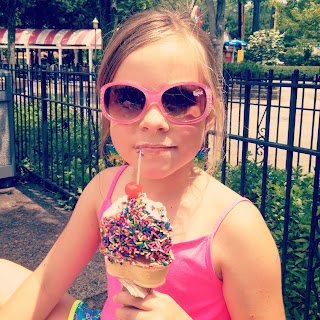 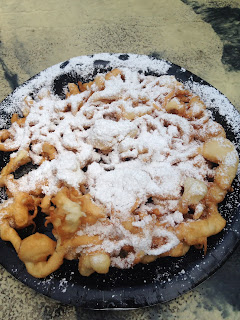 Layla and Hayden loved playing all the silly games they could play. 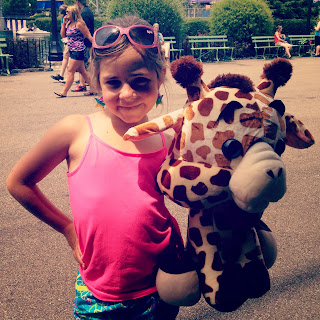 Hayden won many games and he's really good at playing them.  Layla struggled a little and was so determined to win.  Finally after many attempts she won this huge giraffe!  She was so proud! 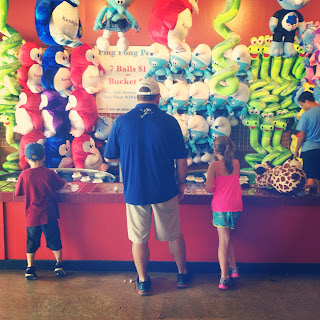 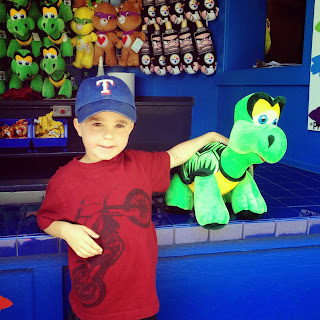 Hayden loved winning this turtle.  He also won a wolf a monkey and several sea horses. 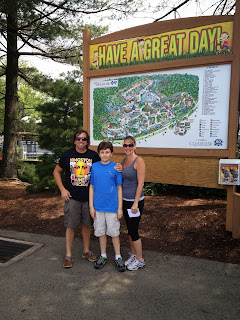 We are thankful for amazing weather and fun friends.  The kids first trip to an amusement park was a success!

It looks like y'all had a great time. I LOVE roller coasters!!!