For some reason I have been a procrastinator scheduling doctors appointments since we moved.  I guess it turned out to be a good thing because now I have trusted opinions on which doctors to use and which to avoid.  Moving to a new town is hard because you have to start all over.  I found a dentist and waited until summer was almost over to book the kids appointments. 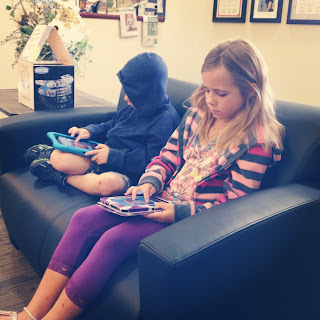 Hoodies in August say what?? 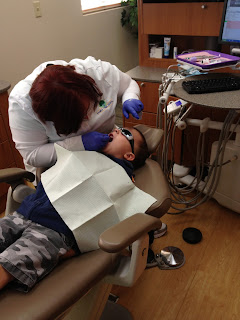 Both kids did great and were cavity free.  Hayden had a few chipped molars though.  Weird huh?!?  What in the world caused those?

Layla crunches lolipops, not Hayden.  I would have thought she'd have chips.  Anyway, we are watching those teeth and cutting down on the c-word.  C.A.N.D.Y! 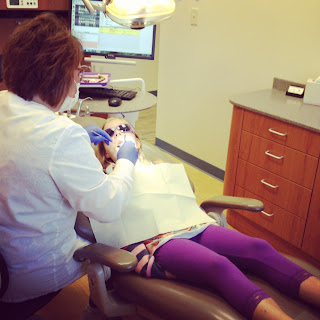 I thought is was interesting that the kids got sunglasses to wear because the lights were so bright.  That reminds me we need to make appointments with the eye doctor next!  :)