We had a really fun weekend hanging out with some of our best buddies from Waco.
Jarred and Shelby talked us into doing the Caveman Crawl in Bridgeport.  It was hot and I can't believe we agreed to do it, but I am so glad we did.  It was so much fun.
I wasn't actually planning to run.  I wanted to walk the kids course to take pictures and help Layla if necessary.  Gary wanted to walk it too just to see what it was all about.  It was a kids course, we thought it would be a breeze.  Um not so much!!  There was a moment when I really thought I was going to die. We all made it through the obstacles and trudged through the mud.  The worst part was the rocky hills.  I can't believe none of us had a heat stroke.  It was only 105 on Saturday.  Sheesh! 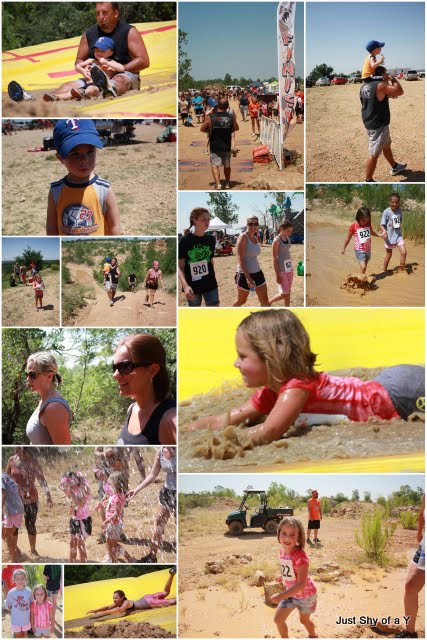 The kids grins on the 500 foot long water slide were priceless.
After the extremely HOT Caveman Crawl we headed home to splash in the backyard.  The kids had a ball...we put a sprinkler under the trampoline, when that got boring we busted out the slip n slide.  Then all the kids and dads managed to wreck the swimming pool.  It was hysterical.
Good times in our crazy backyard. 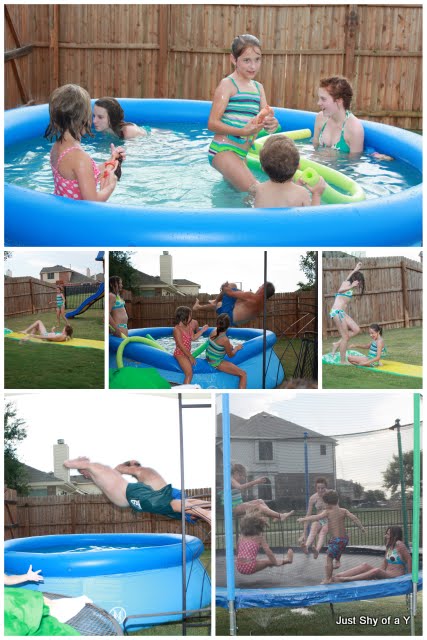 Yes ... those would be the dads doing a dual bare belly bust.
I think the dads acted like bigger kids than the actual  kids.  haha! 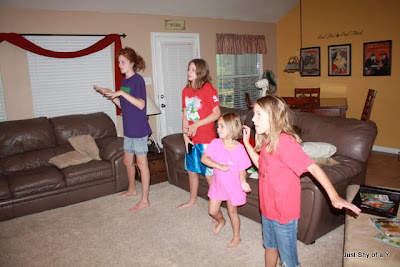 Dance party...whoop whoop!
When we finally had it with the heat for the day we played Just Dance on the Wii.  We all laughed at one another for hours.  It was so fun to see the sassy girls dancing and the adults being goofy.
Sunday we hung out and played more and then our little family headed out for an ice cream date. 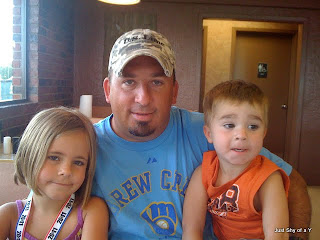 We all got blizzards and they tasted so darn good on a hot Father's Day Sunday. 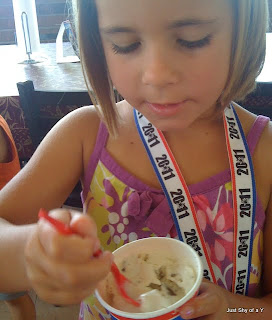 Layla is still wearing the medal {see it around her neck} she won at the Caveman Crawl.  I think she is excited for the next "mud run."  We are planning to do more in the future...hopefully the next one won't be all uphill in 105 degree temperatures.

That looks like so much fun...and such a mess too! That water on the slip n slide looks so dirty! I bet my boys would love that!

I LOVE those pictures of the guys jumping in the pool. Great shot!!

Well that was a workout huh? We haven't been that hot in the lately but it's been close & the humidity is awful. I can't imagine what August is going to be like. It looks like y'all had a wonderful weekend.

It looks like ya'll had a blast, even in the heat! I think I need an ice cream now...