[this post has an overload of golf camp pictures] 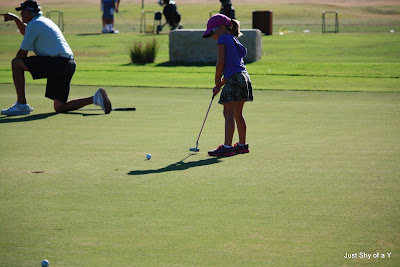 Thursday was the last day of Layla's first ever golf camp.  We've seen serious improvements in her  putting skills.  She's doing much better using a wedge and she can hit the ball much further with her driver. 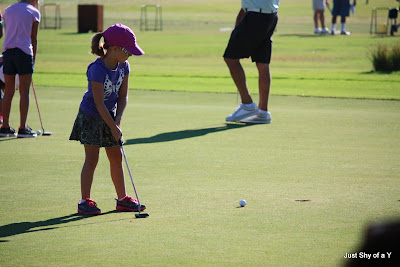 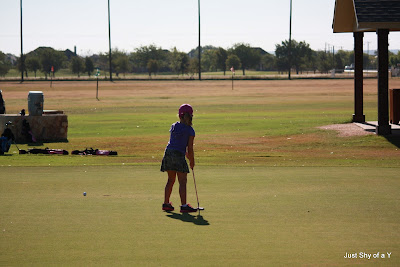 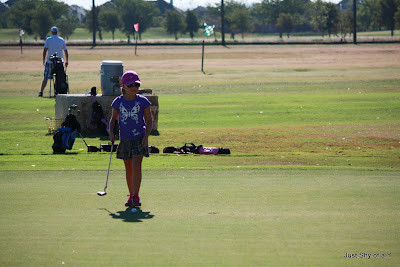 They had a putting contest on the last day.  It was fun watching her putt! 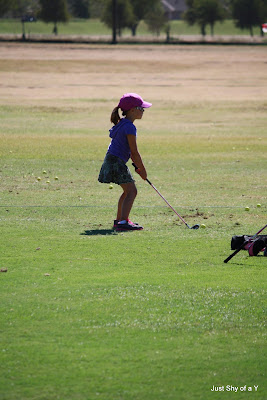 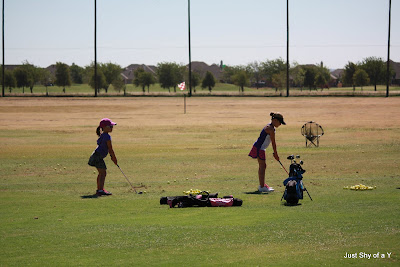 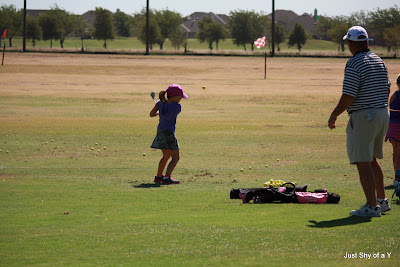 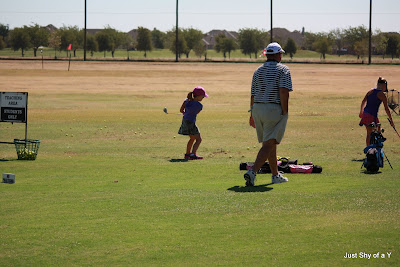 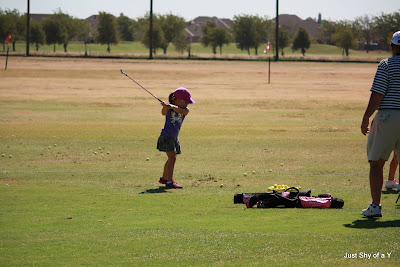 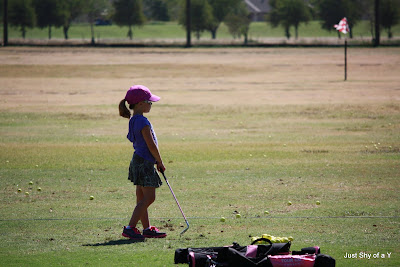 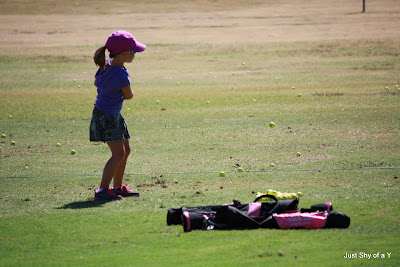 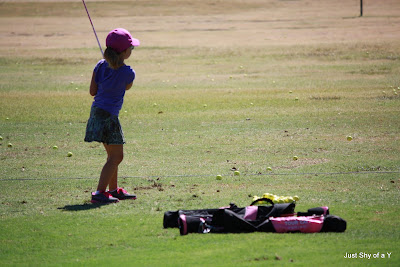 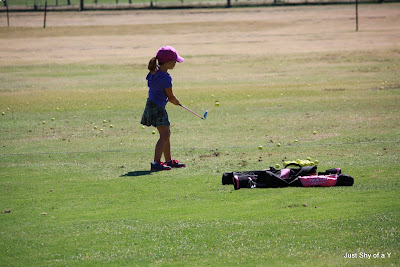 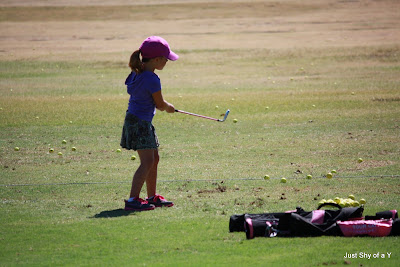 The girls also had a chipping contest and I really think Layla should have won that competition, but another little girl beat her by one chip. She did good! 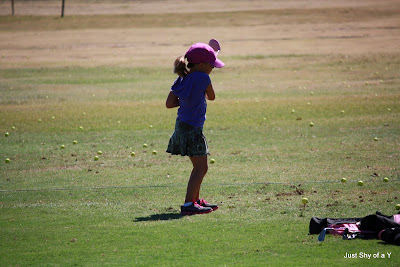 They had one final competition using their driver.  Layla's driver is a tad too big for her.  I'm sure she will grow into it just fine. 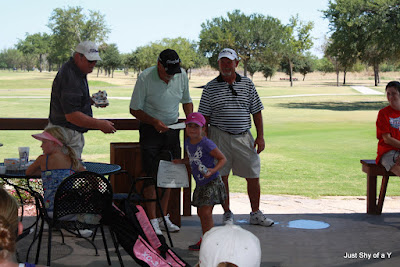 In the picture above Layla is getting her participation award.  She was so fast running up there and bad.  She can be so shy sometimes around lots of people.

After golf camp we cooled off my going to a lake near our house. 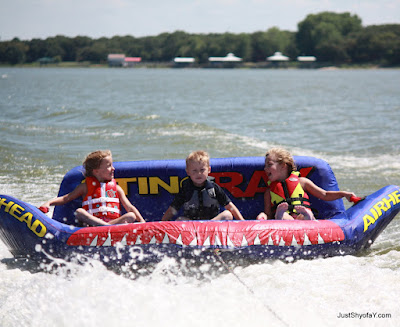 The kids giggled and laughed while riding the stingray tube. 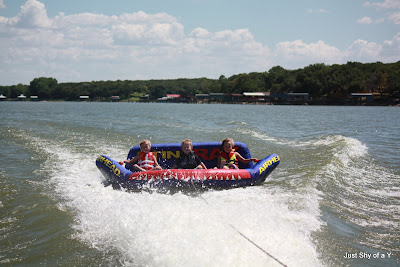 I didn't ride it, but I think I could have taken a nap on that thing!  It looks so relaxing! 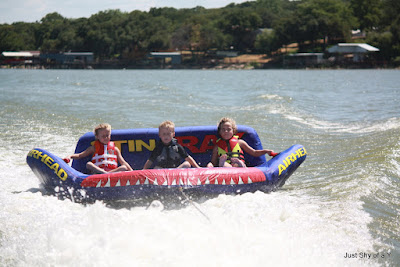 We let the kids rest in between tube rides.  While resting us adults enjoyed floating in the water while the kids jumped off the boat.  {if you all that resting}  They were doing tricks and laughing like crazy.  We were all just hanging out in the water and an airplane flew right over our heads.  It was so fun.  It's almost like the pilot was putting on a private show just for us!  It was super cool! 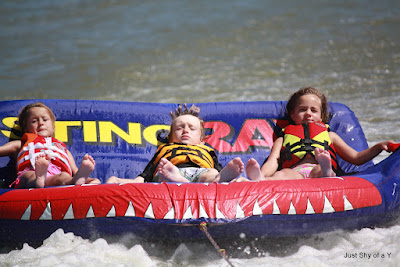 haha! This picture just cracks me up! 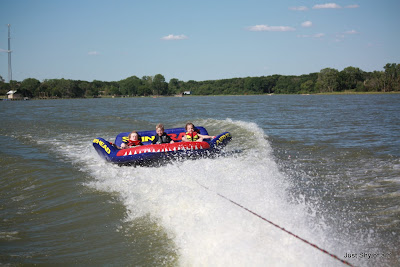 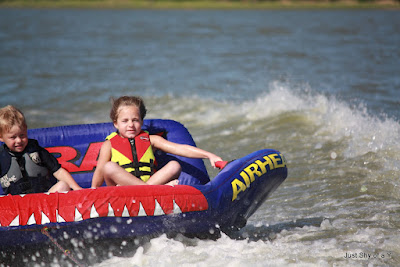 Layla had the time of her life.  She loves being on the water! 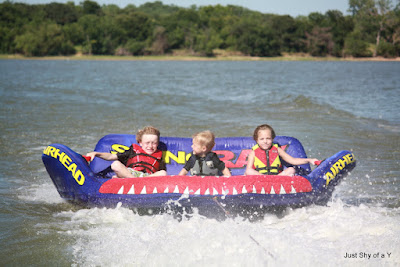 I wish I had gotten a few pictures of Hayden.  He didn't ride the tube, but he jumped in and out of the lake a million times.  This is HUGE!  He wouldn't even put his big toe into the water the last time we were at the lake.  This time he was a rock star!  I was so proud.