We are packing in the activites! 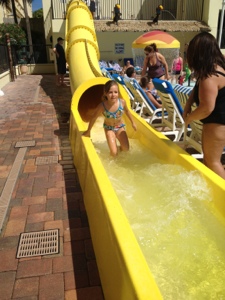 Layla started her day with a trip down the water slide before heading to the beach.  Hayden followed her up there, but he turned around and walked back down.  He is super cautious about some things and other things he's wild and crazy.  Layla sure had fun sliding, but we really just wanted to hit the beach! 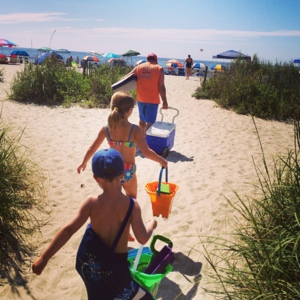 Day 3 at the beach was great! 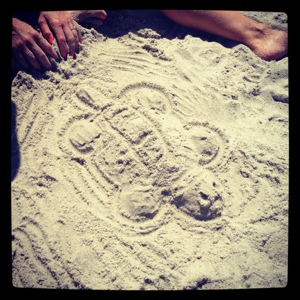 I created a not so cool castle, but I made up for it with a super cool turtle.  It was all cute and fun until someone stepped on it.  She wasn't even paying attention to my creation and her foot smashed it down to nothing. 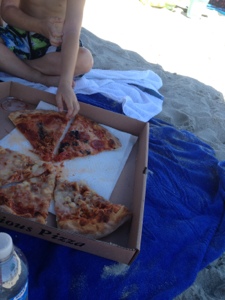 We did have a pizza picnic just like I thought we would.  It was delicious! 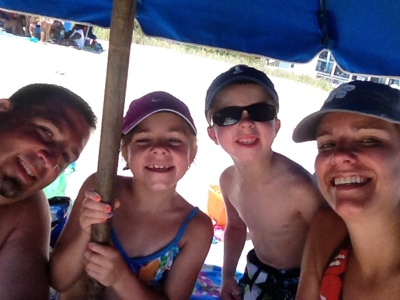 I love my peeps! 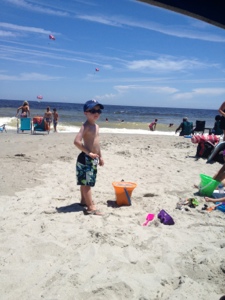 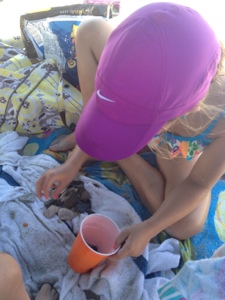 Layla is loving all her shells.  I'm sure she will take a million shells home with her.  She loves to look at them and organize them, but oh the sand.  It's all over our condo!!! 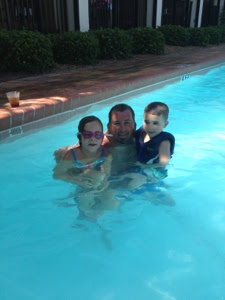 The kids were done with the beach so we headed to the pool to watch them do some tricks.  Layla loves doing cannon balls and cheerleader jumps off the side of the pool. 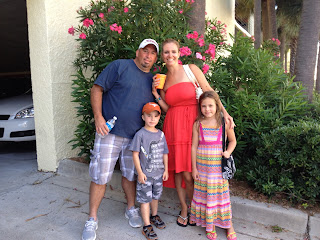 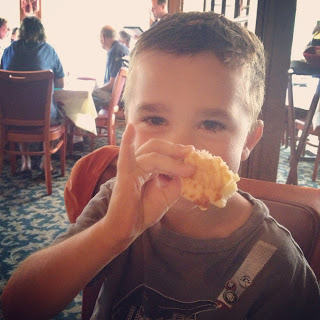 Our dinner for the evening was at a restaurant Gary visited years ago.  It's called Chestnut Hill.  I'm not an oyster fan, but their Oysters Rockafeller.....amazing.  I ate three oysters.  Hayden felt like he was at a fancy restaurant and he was giggling about holding his pinky up.  He made us laugh!  I love how the kids were really into trying new things this trip.  They have really opened up their minds to try foods I would have never tried at ages 4 (almost 5) and 8. 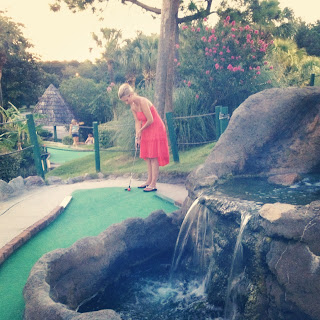 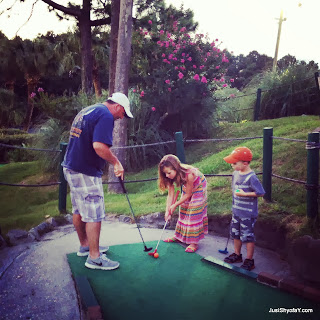 After our dinner we played Putt-Putt.  We decided it was boys against girls.  Layla scored the highest kid score only a point higher than Hayden.  Gary scored one point higher than me...so we all tied!!!  How crazy is that?  It was tons of fun and a night we won't soon forget! 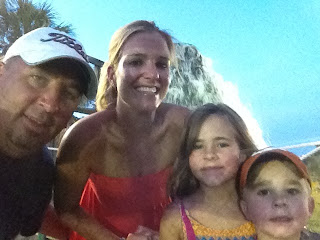 And that was a busy day...we haven't stopped since we arrived, but we wouldn't have it any other way!