Today we visited Build a Bear!
﻿ 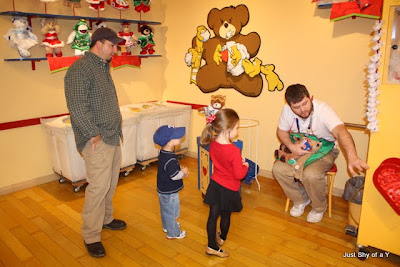 We had never been, and let me just say, we were missing out!
The man that helped us build our reindeer was awesome...he was so nice and he was GREAT with the kids. Here they are picking out the heart that goes on the inside the reindeer. 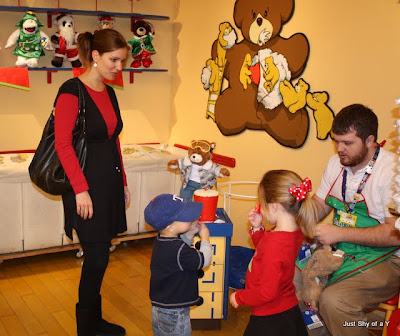 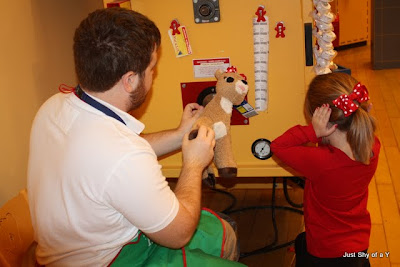 Layla is holding her ears because when she pushed the pedal to 'stuff' Clarice it was so loud! 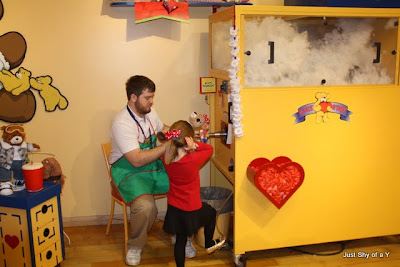 It wasn't really that loud and I thought Layla was being a bit dramatic. Until it was Hayden's turn.... 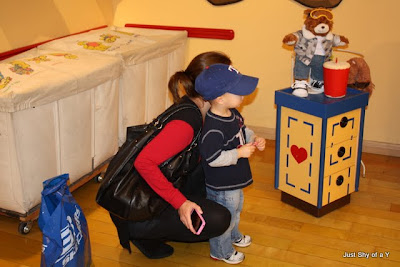 He wouldn't even push the pedal or get near the stuffing machine.  Here I am telling him it is ok! 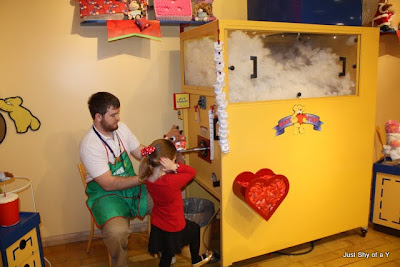 So Layla {being the brave big sis she is } pushed the pedal to stuff Rudolph. 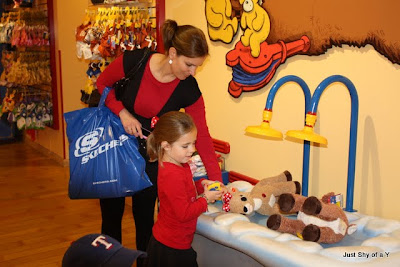 Here we are washing the reindeer and getting ready to dress them. 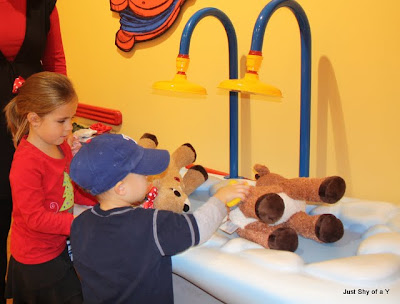 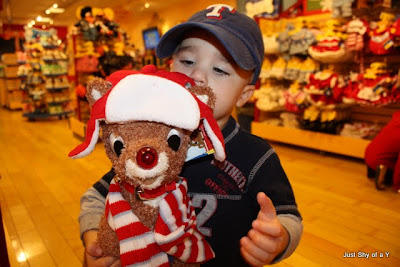 Hayden picked out a hat and scarf for Rudolph....and a jingle bell collar. 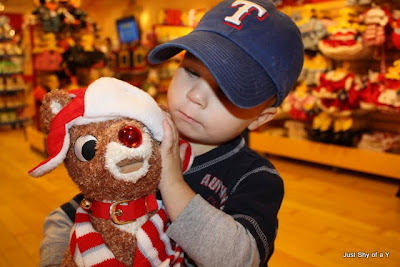 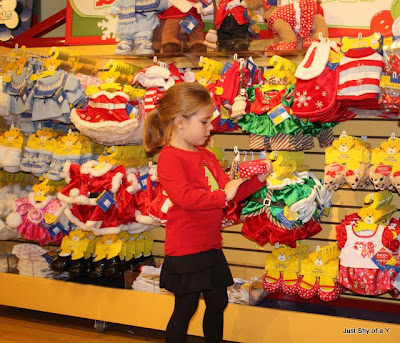 And Miss Layla took forever to pick out an outfit for Clarice. 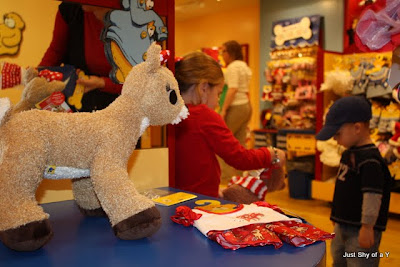 Decisions, decisions! We ended up getting a dress for Clarice and also a set of PJ's.
She just had to have two outfits. 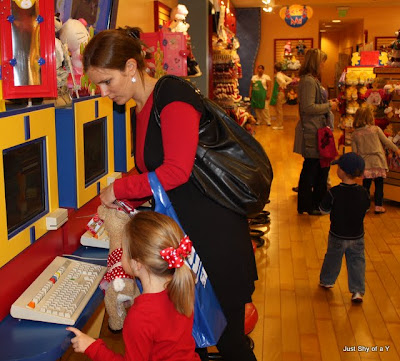 Layla and I are registering and naming Clarice---Rose.
Hayden is running off while daddy registered and named Rudolph---Griswold.
Yep, Hayden ran off and daddy named Rudolph.  Hayden chose the name 'yellow'
Gary decided Griswold would be better. 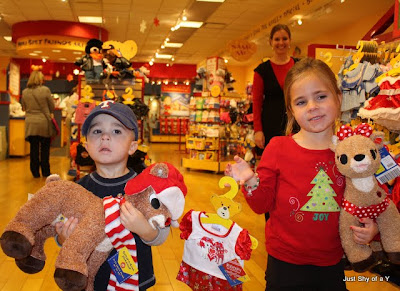 The end result...disregard the cheese ball momma grinning in the background.
Sheesh...who was more excited?!  Heehee! 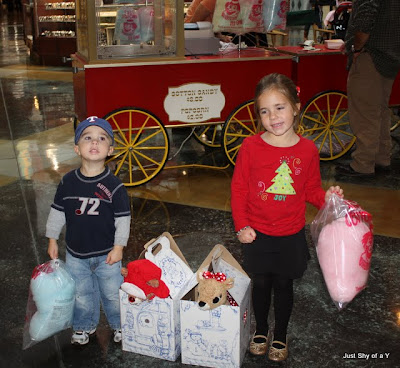 After Build a Reindeer we got cotton candy.
The kids had a wonderful day and their faces were covered from ear to ear in cotton candy.  I really wanted the kids so sit in Santa's lap, but neither kid wanted to. I guess all the building animal action wore them out!

I want to come live with you guys!!
What a fun day :) I really want to take the kids to a Build a Bear one day. I think they would love it! The pictures are so sweet Angie!!

Aww looks like y'all had a blast! And gheez could you have any cuter kids?!

How adorable! It looks like y'all had a great time. You looked too cute Angie!!

did y'all check out buidabearville online? my girls play it all the time. it is actually a cute little site, and i must admit i do get on every now and again :D

This is so cute!! I have been wanting to go and do this with the girls! They look just like the movie ones! So fun, you are a great momma!!