Our weekend in iPhone pictures

We started out our weekend with pancakes for breakfast.
Gary makes the best pancakes and Hayden asked me to cut his like a pizza. 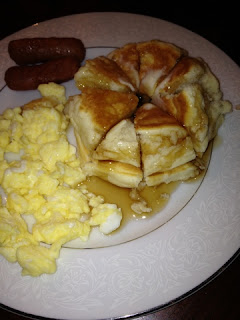 Can you tell I am loving my new iPhone.  I have really enjoyed the camera.  There are so many fun photo editing apps.  I love instagram and picframe. 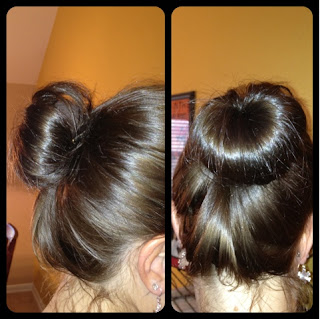 I attempted to wear a sock bun.  It was so fun and cute, but I don't think my hair is long enough.  We got in the car and it fell out.  I was so sad.  I finally found a pinterest idea that worked for me....for about 10 minutes.  My hair just doesn't hold style. 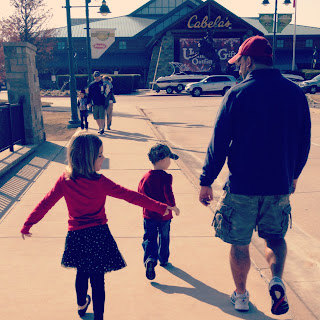 We went to Cabela's after I got an email that Santa would be there! 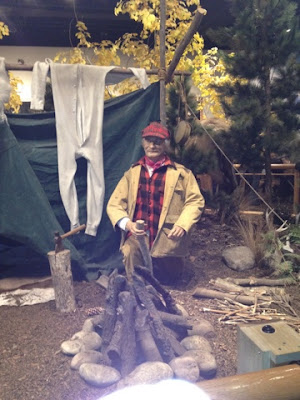 This man was there on display.  The kids thought he was hysterical.  They asked if he was alive once.  He was a weird wax man doing a little camping!  Santa was in Cabela's in the huge room with all the animals on display.  The line was formed all through that room.  Thankfully we got to see all kinds of deer and wildlife while we waited in line. 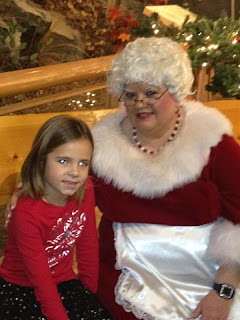 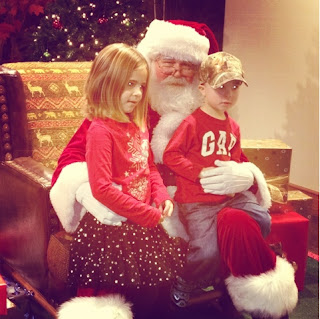 They were super excited to sit with Santa and tell him what they wanted for Christmas. Gary and I were so proud of the kids.  They were getting super antsy while waiting in line to see the jolly white bearded man.  I'm thankful for zero meltdowns.   The waiting was the hardest part, but they did great! 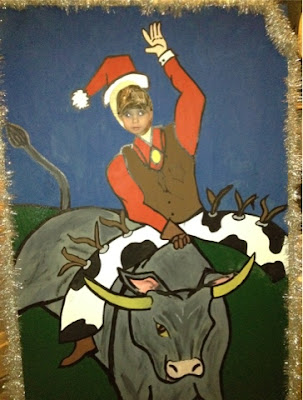 We stopped to take a picture of Hayden on this bull! 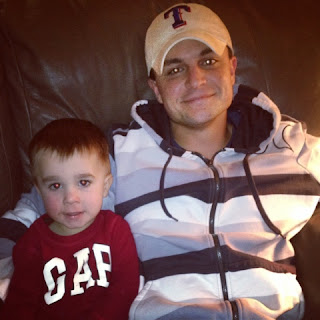 My cousin came in town from San Antonio.  We had the best time hanging out with him and my Aunt and Uncle.   We made slider sandwiches, warm mexican dip and buffalo chicken dip appetizers.  We played and watched the Heisman award presentation.  Yippee for Baylor's Robert Griffin III!!  We were so thrilled to see him win such an amazing award! 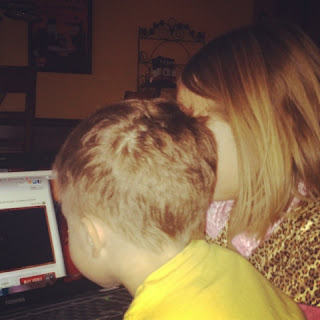 Today I woke up and sneezed about 150 times.  I guess I have a cold.  We skipped church and have had a low key day.  The kids got an email and video from Santa Clause.  They thought it was the most amazing thing they had ever seen, even though they got the same video last year. 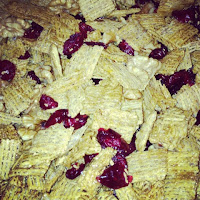 I made a new chex mix recipe.  It has walnuts, cranberries and cinnamon chex.
I will share the recipe this week! 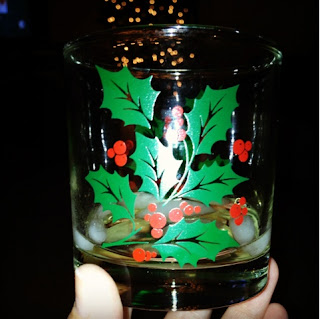 Look how festive these holly glasses are.  I have been drinking out of them the whole month of December.  I just love them!  They were Gary's parents and we use them now.  I feel so festive!

This evening we are gearing up for the last week of school before the Christmas break!

Hayden has two days of school and Layla has five days.  They each have their class parties this week.  We are excited about a fun but busy week ahead.

I hope you had a great weekend!

You said buffalo chicken...lol!!! Looks like you all had a great weekend. Isn't it wonderful to see your children getting older and having less meltdowns :) Um, those pancakes look delicious and I think that's so fun that way that you cut them...I'll have to try that.

What a fun place to see Santa! Waiting is so hard...they looked so cute with Santa! Hope he brings them some of their wishes :-)

What a fun weekend! I love your hair up! And those pancakes look yummy!

Oooo those pancakes look so good!!!

That breakfast looks amazing! Can I have some?

What a fun weekend! I haven't had breakfast yet, and now I want some pancakes:) I love the sock bun, but my hair probably wouldn't hold it either! That Chex Mix sounds yummy! I made two batches of Muddy Buddies this weekend:)

Sounds like it was a good weekend! I still need to take the girls to see Santa. Hopefully, this week. We ended our weekend with breakfast for dinner on Sunday night. :)