I love boiled cabbage, but honestly it isn't something I pick up at the grocery store very often.  I forget about it, or I'd rather have cole-slaw.  Last week I found left over cabbage in the fridge from New Years day.  I really didn't want to waste it, so I decided to make cabbage soup with tons of left over stuff I had on hand. 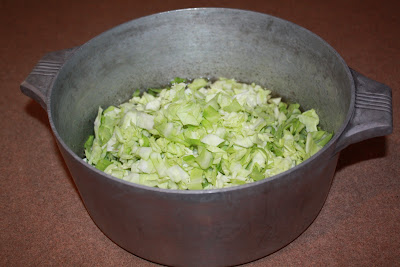 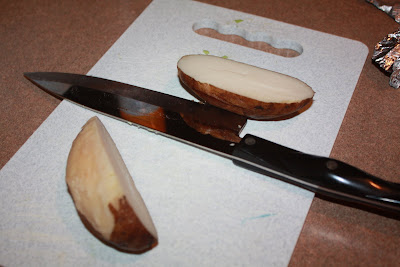 I found a left over baked potato, so I peeled the skin off, cut it up and threw it into the pot.  I was thinking if nothing else it would add a bit of thickness to the soup. 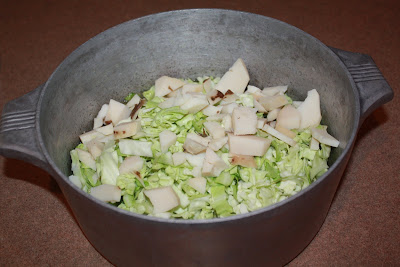 Chopped red onion is a must. I had half a red onion, so I used that. 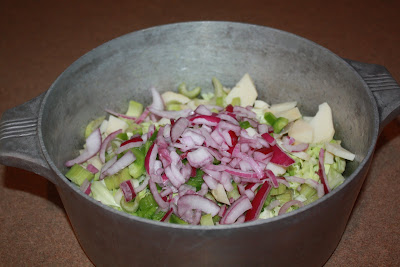 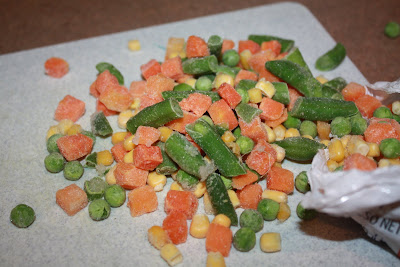 I always keep a bag of mixed veggies on hand in the freezer.  You just never know when you will need them.  I always use them for chicken pot pie. 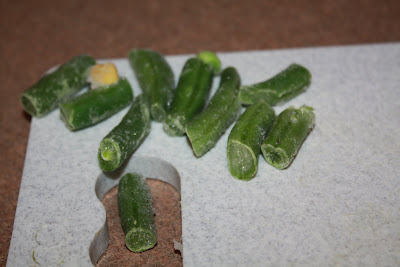 The green beans aren't my favorite, so I pulled most of them out and tossed them into the trash.  I also added a few stalks of chopped celery and 1/4 of a bell pepper. 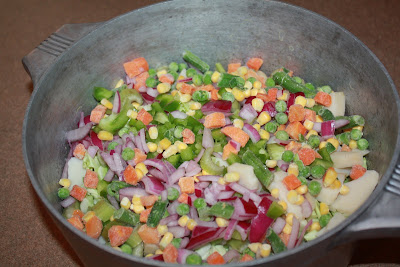 I think I ended up with about a cup of mixed veggies. 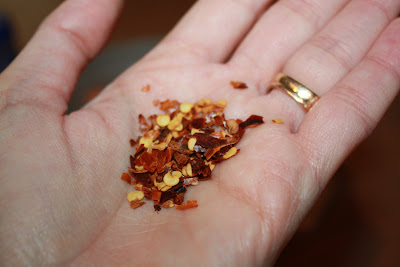 Since I really didn't plan on the kids eating my diet rabbit soup I decided to put a hand full of crushed red pepper flakes into the pot too.  I like my veggie soup HOT in more ways than one. 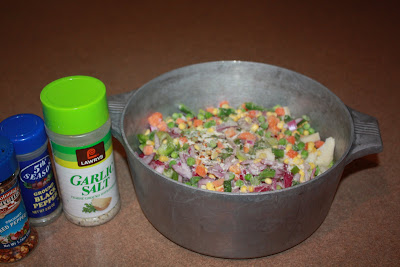 Of course I added a few sprinkles of garlic salt and black pepper to the pot. 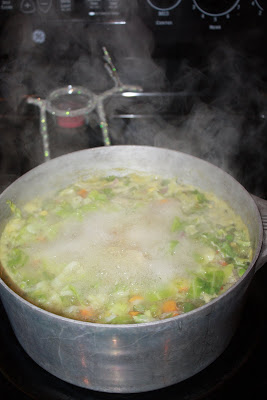 Then I filled the pot with water to cover the veggies and I let it boil.
I know, Christmas is over, but I just love that little reindeer on my stove top.  It burns a tea light sized candle and I just can't make myself pack it way. It is covered in GLITTER. So cute!! 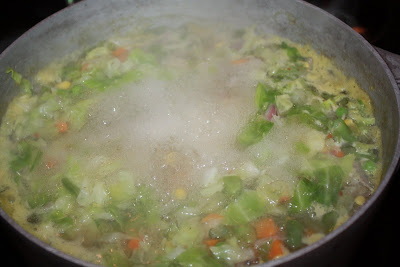 That is all I did.
Soon after the veggies came to a full rolling boil I just let it simmer pretty much all afternoon.

Gary and I did what we call 'drive bys.'  We each left a small bowl and spoon near by and grabbed a few bites as we needed them. We didn't even have to microwave it, I just let it simmer on the stove top.   It was a great way to put something warm and yummy into our tummies when we really would rather eat something bad like cookies or chips. So... this is is not to bad for a low calorie (trying to eat better) snack!

You're always so creative with your meals and they always turn out SO good!!!
I need to start experimenting more in my kitchen!