Monday night after gymnastics we sat down like we do every night and had dinner as a family.  After we were done eating we started talking about the snow heading our way.  Everyone at the table gave their predictions of how much snow would be falling.

And this is how much snow they thought we'd get. 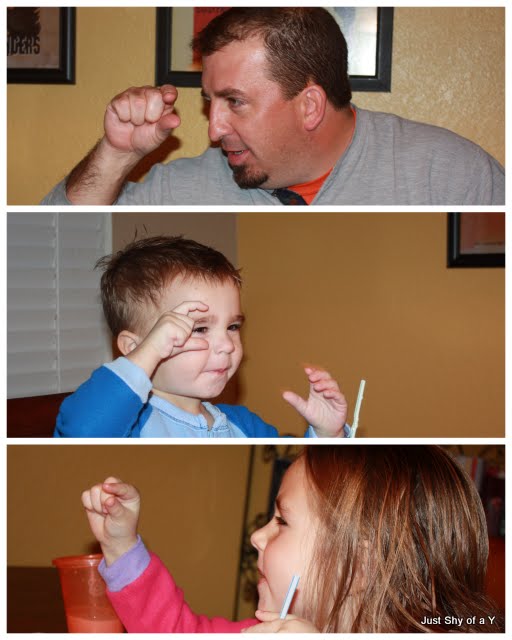 We were all kinds of wrong.  We had now idea we'd be snowed in for 4 + days.  I know you, my blog readers are getting just as tired of me posting snow pics as I am of taking them.  I am tired of posting about the snow, but we are consumed with it.  We have nothing else going on right now.
Oh how I wish we did though :) 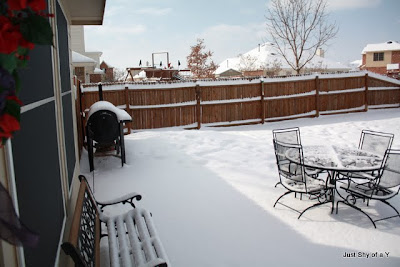 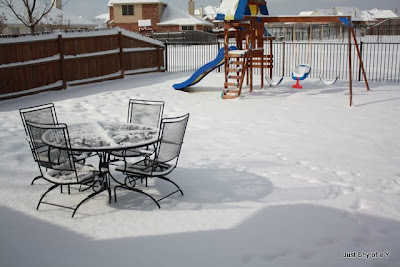 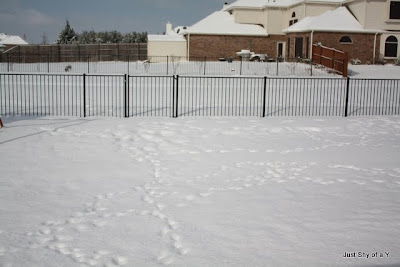 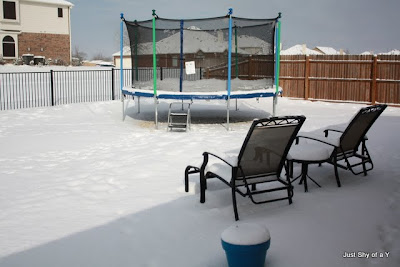 I took these pictures during the few minutes the sun was out.  Hopefully the kids will be able to play outside for a little while this afternoon.  We have to do something to blow off some steam.
The good news...I am caught up on laundry.  All we have been wearing = PJ's.  Every night I throw a load of PJ's in to wash, and then right after I toss in a load of towels.  Easy peasy. 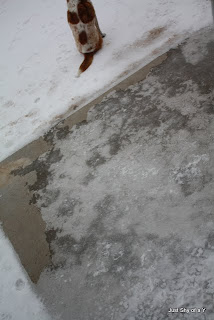 This my friends is a picture of our patio last night before the snow.
Solid.Sheet.of.Ice. 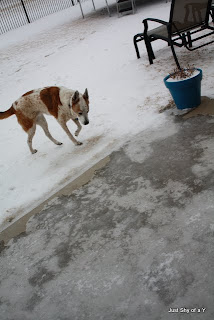 Slide slide slippity slide :)
Watch your step there pooch.
Speaking of pooch.  Our dogs are cray cray right now.  Bogey is so stir crazy.
He decided to climb the couch.  The kids were laughing hysterically at me as I was shoooing him down. 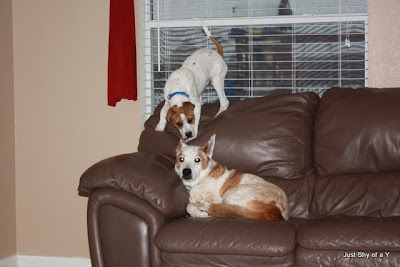 His day is not complete if he isn't getting on Harley's nerves. 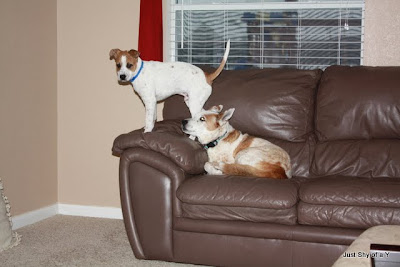 She doesn't like him at all...there isn't a hair on her body that likes him.
She growls at him non stop.
DRAMA! 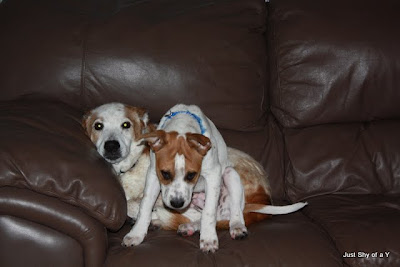 Bogey fell on her and it got really dicey around here.
I was afraid fur was about to fly, but everyone is A-ok.
Enough of me blogging about my goofy dogs. I hear kid noises.
Sounds like nap time is over.  I must get back to the duties of motherhood.
Happy Friday!

Labels: bogey, harley, i am sick of winter, record snowfall

I love all the prediction pictures! I think Hayden may have been the closest guess:)

These pictures are GREAT!
And look at all the snow you have gotten... amazing :)
You'll have to compare the before and afters when it gets into the 100's and you all are sweating your booties off!
And oh my word - the dog pictures are cracking me up too! I love it!

so funny! My sister has been out of school all this week too. She teaches 4th grade in Irving. I can't believe all of that snow!